Do White Americans Want to Keep Black Americans Down?

Michael Brown
|
Posted: Jul 17, 2016 12:01 AM
Share   Tweet
The opinions expressed by columnists are their own and do not necessarily represent the views of Townhall.com. 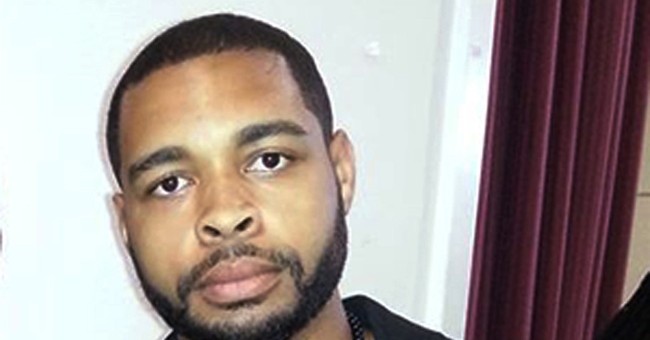 Is there systemic, intentional racism in America today? Do large numbers of white Americans want to keep black Americans down? If not, why have other minorities overcome the odds to rise to the top of society while so many black Americans are languishing?

Let’s consider how other minority groups have fared in America.

Jews today make up less than 2 percent of our population, and they have certainly suffered discrimination here in America, let alone (in deadly fashion) around the world. As Wikipedia notes, “In the first half of the 20th century, Jews were discriminated against in employment, access to residential and resort areas, membership in clubs and organizations, and in tightened quotas on Jewish enrollment and teaching positions in colleges and universities. Restaurants, hotels and other establishments that barred Jews from entry were called ‘restricted’.”

Early in the 20th century, there was even an attempt to restrict Jewish attendance in Ivy League schools like Harvard. Yet all these obstacles (and many others) were overcome, and today, no one would deny the powerful influence Jewish men and women have in virtually every facet of American society. In fact, anti-Semites claim that Jews control Hollywood, the banks, the media, and the government!

Asian Americans make us up less than 6 percent of our population and have had their own share of obstacles to overcome, including the mistreatment of Japanese Americans during the World War II.

Yet Asian Americans are often at the top of their classes in the nation’s most elite schools, frequently leading the way in the business world and beyond. Why have they succeeded as relative newcomers compared to black Americans, who have been here since the inception of our nation?

A white racist might say, “Not at all. This just proves that blacks are inferior.”

But not only is that an utterly despicable statement, it is also totally false.

Studies have indicated that recent African immigrants “tend to be older, more likely to have a higher education and a higher income, and less likely to live in poverty.”

A recent caller to my show, who previously lived in Kenya and Tanzania and who jokingly identified himself as an African African American (triple A, as he said), repeated to me what other recent African immigrants have shared on my show: Their lot is often different than the lot of other African Americans, and they find themselves getting better educations and better jobs.

So, what it is that keeps so many black Americans down, specifically, those who have been here for a period of generations?

It is certainly true that there are white Americans who hate blacks and want to oppress and keep them down, but I personally believe that accounts for a very small minority of white Americans.

It is also true that black Americans often are not treated the same way white Americans are. But here too, I don’t believe this is done in an intentional, systemic way, which would have been the case during the days of segregation and slavery.

I believe it is the welfare system (and its related policies) that has kept black Americans down, however well-intentioned this system may have been at the outset.

In an eloquent Facebook post, black NFL star and outspoken Christian Benjamin Watson asks the question, “As Americans, do black lives matter to us?”

Watson’s criticisms are fair and on target, including this one: “Black lives DON'T matter when some politicians enable generational dependency, stifling individual responsibility while others completely deny the importance of programs that are needed to help the marginalized. A crutch is the vital friend of the injured, its ultimate purpose to one day be laid aside as its former dependent walks on their own. If it oversteps its purpose the user will no longer feel the need to walk. Erroneously, they may not even think they can ever do so. Consequently, a stagnant, hopeless life seems to matter less.”

I agree with Watson that the system itself is flawed, even if the intent behind the system was good. And I agree with his other comments, indicating that many disparities do exist between black and white Americans, that there is injustice in our land, that the family must be rebuilt, and that our current policies are only exacerbating the problems.

But how do we address these issues? Obviously, provoking others to rage, anger, and violence only makes things massively worse.

Rev. Jesse Lee Peterson, a controversial black leader who grew up without a father on a plantation during the Jim Crowe era, proposes a totally different approach. He argues that the only way for black Americans to move forward, regardless of injustice and discrimination and inequality, is to practice love and forgiveness, to rebuild the family, and to take full responsibility for one’s situation, refusing to blame others and refusing to depend on others

The entitlement mentality, which the government helped produce, is hurting black Americans not helping them, and while recognizing that there are genuine ways the government can help the poor and needy, our current system is doing far more harm than good.

It’s time for white Americans, like me, to stand side by side with black Americans, like Ben Watson, and say, “Enough with our flawed system. We stand with you against injustice and discrimination, and we want to empower you, not enslave you. America will not thrive until you are thriving.”