Matt Vespa
|
Posted: Jul 28, 2020 1:00 AM
Share   Tweet
The opinions expressed by columnists are their own and do not necessarily represent the views of Townhall.com. 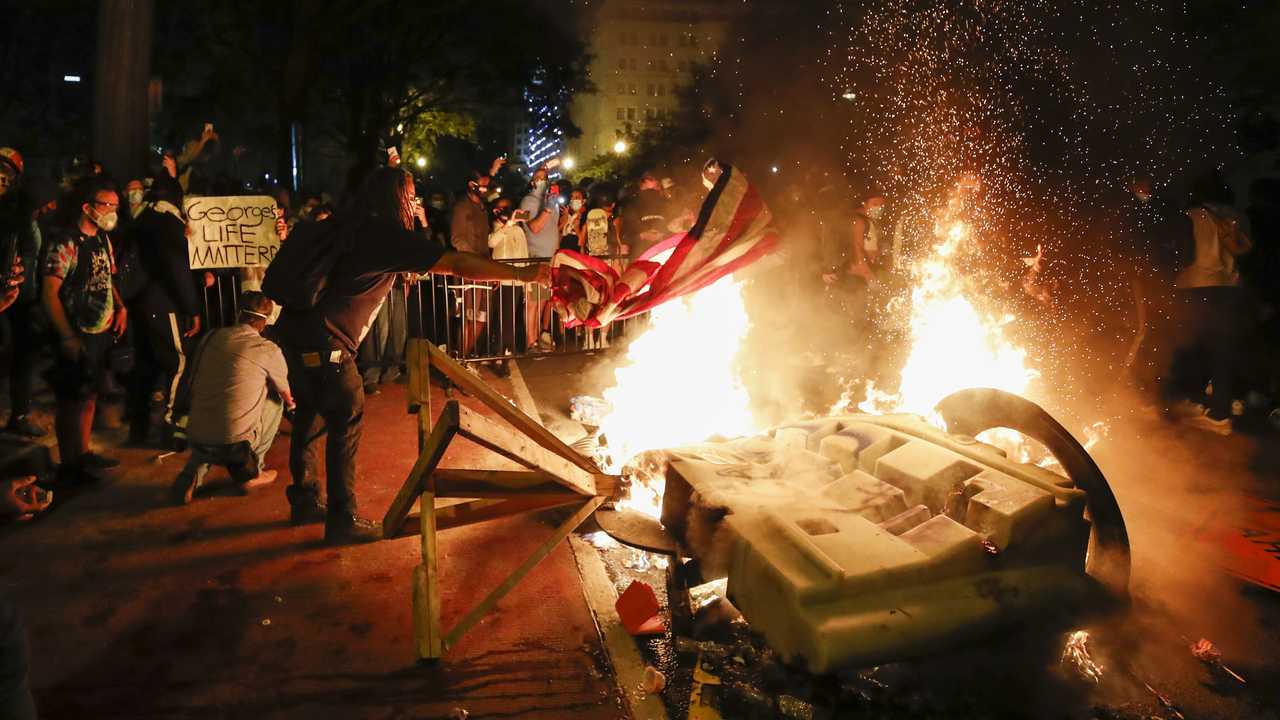 Are we living in a quasi-Oceanic state? Are we living in the United States or a place more resembling Airstrip One? Okay, maybe not that far, but the liberal media’s refusal to utilize the English language to describe what is happening on the Left Coast is troubling. Is it shocking? Not really, but disconcerting all the same.

While most of the country has moved on from rioting in the wake of George Floyd’s death at the hands of Minneapolis Police on May 25, there are small pockets where these clowns have simply not gone home. Most of it is occurring in the usual places, California, Portland, and Seattle. These leftists are still there because it’s not about George Floyd, which unleashed a new wave of Black Lives Matter activism and political correctness policing. Oh, and it also set forth a renewed push to…eliminate all law enforcement, but that’s a tale for another time.

It’s no longer about police brutality or racial justice. That’s over. That was never the message with the folks still rioting. It’s about the Marxist revolution. The Floyd protests were merely a means to mobilize—and now they’re trying to torch federal buildings. Black Lives Matter has, in some areas, been overtaken by insufferable white liberals, which I was told is problematic in nature. This assault on order is what prompted President Trump to initiate Operation Legend, the deployment of federal troops in these lawless Democrat-run regions with the intention of restoring law and order and protecting federal property.

....would destroy our American cities, and worse, if Sleepy Joe Biden, the puppet of the Left, ever won. Markets would crash and cities would burn. Our Country would suffer like never before. We will beat the Virus, soon, and go on to the Golden Age - better than ever before!

Of course, this set off a frenzy with the liberal media morons, who thought this was either a prelude to martial law or a test run to Trump stealing the upcoming presidential election. Trump derangement has hit a new stage in evolution. We have an entire industry that is helmed by idiots. And they’ve created a new language, a new code for reporting on these riots that defies logic. Take this tweet from ABC News, for example.

“Protesters in California set fire to a courthouse, damaged a police station and assaulted officers after a peaceful demonstration intensified.”

Protesters in California set fire to a courthouse, damaged a police station and assaulted officers after a peaceful demonstration intensified. https://t.co/fUZTABUM21

Say what? They were aggregating an Associated Press piece, but dear Lord—what in the fresh hell is this? In this new era of journalism, when people set fires, it means the “peaceful” protest only got…more serene? No. It’s a riot, which means law enforcement should deploy all means available to crush these vermin. It means break out the rubber bullets, the tear gas canisters, the flashbangs, the water hoses, anything to put this mob down. Now, some locations, like Seattle, tried to ban the use of crowd control munitions, which was blessedly blocked by a judge.

These aren’t soccer moms. These aren’t good people. These are unhinged, violent left-wing revolutionaries. And for some reason, setting fires to buildings and attacking police is okay because “orange man…bad.” The media refuses to put pressure on left-wingers for their illegal behavior, plus their unshakeable list for revolution is a toxic combination. It didn’t have to be this way. If Democrats could govern, it wouldn’t be this way. These governors and local leaders might as well be sixth graders. Trump is literally dealing with children, and it only gets worse concerning the media.

Is their bias so great that they’re now incapable of calling what things are now? Maybe we saw glimpses of this during the Obama era, the inability from those on the Left to call something for what it was because it might make them look bad. When Putin rolled into Ukraine and annexed Crimea, it wasn’t called an “invasion.” It was called an “uncontested arrival.”

Now, it’s “protestors” attack police, shine lasers into federal agents’ eyes to blind them, set fires to federal buildings, and commit mass looting as “peaceful” demonstration intensified. And folks, it’s not just members of the media, as even some liberals appear to have succumbed to abject cognitive dissonance.

Text from someone who owns a business in the Capitol Hill Autonomous Zone in Seattle - I’m still trying to reconcile the two parts of this sentence in my mind pic.twitter.com/Dz5Bl9qQTU

Forget COVID—is this the new normal? What’s next, some long-form piece about how killing is not murder?