Above the Law: The Inside Story of How the Justice Department Tried to Subvert President Trump

Matthew Whitaker
|
Posted: May 19, 2020 12:01 AM
Share   Tweet
The opinions expressed by columnists are their own and do not necessarily represent the views of Townhall.com. 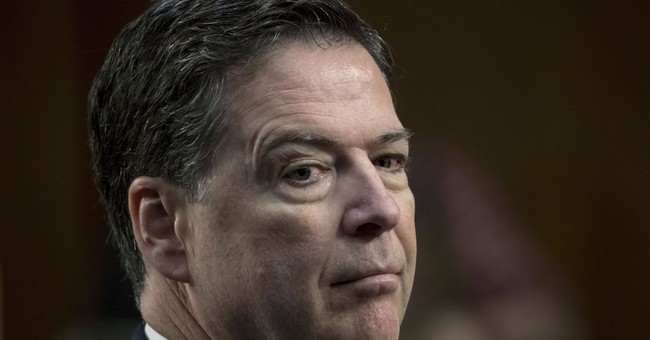 Editor's note: The follow is an excerpt from, "Above the Law: The Inside Story of How the Justice Department Tried to Subvert President Trump."

It was politically risky for the President to fire the FBI Director during an investigation of the 2016 campaign, but I admire Donald Trump for taking bold action because he thought it was the right thing to do. What’s politically expedient isn’t always the right decision, as history shows. Left in power, Jim Comey might have become the next J. Edgar Hoover, pursuing his own agenda and acting above the law, and the Deep State—the “permanent government” and the Washington establishment—would have felt even more empowered and entrenched than it already is.

There is nothing criminal about a President’s exercising his Article II powers to fire an FBI Director. And if the President was not a party to a crime, then he couldn’t be obstructing justice by firing someone in his chain of command. But Deputy FBI Director Andrew McCabe seized on Comey’s firing as a justification for making President Trump himself an investigative target in a criminal investigation. I still can’t figure out how Andrew McCabe took these two facts (the legitimate firing of James Comey and the ongoing investigation of the Trump campaign) and arrived at the conclusion that he should target the President in a criminal investigation. To do so assumes that the chief executive, exerting his constitutional authority, has committed a criminal act because you personally might disapprove of his action or his politics.

The appointment of Special Counsel Robert Mueller continued Comey and McCabe’s criminalization of the legitimate political actions of the President. Despite finding no evidence of the President or his campaign’s colluding with the Russians, Robert Mueller and his investigators could not let their report go without trying to use it to continue to cast a cloud over the President, making the report itself a political act under the guise of a legal investigation.

“If we had had confidence that the President clearly did not commit a crime, we would have said so,” Mueller declared when he resigned from the Justice Department two months after I did, in what CNN described as a “rare and remarkable” public statement. “We did not, however, make a determination as to whether the President did commit a crime. . . . The Constitution requires a process other than the criminal justice system to formally accuse a sitting President of wrongdoing.”

“Mueller: Trump Is Not Not a Criminal,” New York Magazine’s Jonathan Chait eagerly translated for his left-wing readership. “So Mueller can’t explicitly say he would have charged Trump with a crime if he could have, and he also can’t explicitly tell Congress to impeach the President. Instead he’s heavily hinting at both points.” If he was hinting at both points, he was doing so at odds with what his own staff had told us about the lack of evidence.

House Judiciary Committee Chairman Jerrold Nadler didn’t need hints or even explicit instructions from Mueller. He was eager to impeach President Trump regardless of whether there was criminal evidence or not. “Given that Special Counsel Mueller was unable to pursue criminal charges against the President, it falls to Congress to respond to the crimes, lies, and other wrongdoing of President Trump— and we will do so.”

The impeachment of Donald J. Trump orchestrated by Jerrold Nadler and Adam Schiff was a foregone conclusion from November 7, 2018, the day Democrats won control of the House. Right up until December 2019, they considered mining the Mueller report for evidence of criminality for which to impeach Trump.

The fact is, none of these allegations, if true, amounts to obstruction of justice; in no case was there evidence of criminality. Yet the Mueller Report’s second volume trotted out all these politically toxic, real or alleged statements made by President Trump—all well within his Article II powers as President—and insinuated they were criminal without recommending criminal charges. Mueller declined to make a “traditional prosecution decision,” which only meant he most likely wanted to leave an impression of criminality even though he had no evidence to prove it. There was no there there, but he refused to admit it.

Because there was no legal weight in Mueller’s bizarre essay on obstruction of justice, House Democrats finally opted not to impeach President Trump for “obstruction of justice,” but for two other things: “obstruction of Congress” (a separation of powers argument for the judicial branch to decide, not sitting members of Congress), and, quite foolishly, “abuse of power.” “Obstruction of Congress” is not a crime; the executive and legislative branches of government are, as every civics student used to know, separate and equal; the Constitution intentionally set them in tension and opposition to each other. And I hate to break it to the impeachment-happy Democrats, but “abuse of power” is not a crime either.

Matthew Whitaker is a former Acting Attorney General of the United States, chief of staff to the Attorney General of the United States, and U.S. Attorney. He earned his B.A., M.B.A., and law degree at the University of Iowa and was the Hawkeye’s starting tight end in the 2011 Rose Bowl. Now back in private life, Whitaker is a frequent guest on Fox News.