No Profit in Protecting Pregnant Teens 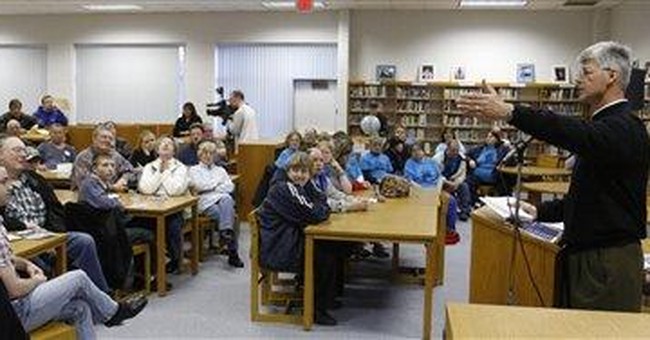 Who would have thought you could contract carpal tunnel syndrome at the oral surgeon’s office? After writing my initials and signing my name on roughly 217 consent forms, I was ready for an ice pack and a wrist wrap.

No surprise, really. After all, the surgeon was extracting seven teeth from the mouth of my 12-year-old daughter. Despite the fact that three of those were baby teeth, the risks of the procedure apparently are legion. With all the paperwork, I wasn’t sure if I would find the tooth fairy or attorney Sam Bernstein in the parking lot when we were done.

Of course, it would have been different if the procedure at hand were something insignificant and safe, lacking in any long-term physical or emotional ramifications, such as abortion.

For that, a minor girl can maintain her “right to privacy” and her folks don’t necessarily need to sign a thing. That’s because 14 states plus the District of Columbia allow teens to get an abortion without parental consent, and Planned Parenthood’s health counselors are adept at getting around the laws of 35 states that do require parental consent or notification with a judicial bypass. (Utah has no bypass option.)

Oops. Make that, assures that all girls get the “health care” they need.

As it happens, Planned Parenthood is so committed to securing profits … er, sorry… providing health care services to teen girls that they’re willing to skirt the laws of various states to do so, even laws intended to protect those girls from unhealthy, unsafe and illegal abuse at the hands of adults.

Posing as a 14-year-old, Live Action’s president, Lila Rose, who in fact is a college student, claimed she was pregnant by her “much older” boyfriend. Disclosing this fact should have triggered a reporting process required by the state in all cases where girls under age 16 — Wisconsin’s age of consent — disclose that they are sexually active.

Instead, Live Action’s video shows the Planned Parenthood worker explaining that the situation doesn’t necessarily have to be reported. “Was it consensual?” she asks, as if a sexual relationship between a 31-year-old man and a 14-year-old girl can ever be considered consensual and therefore, appropriate.

Not only does the Planned Parenthood worker indicate that the state’s reporting requirement can be avoided, she also assures the 14-year-old that she can get around Wisconsin’s adult-consent requirement by using the bypass option. For free.

Never mind that Wisconsin doesn’t even specify that consent be provided by a girl’s parents specifically. A grandparent, aunt, uncle, or sibling over 25 can sign the release to allow an abortion for a teen girl. Still, at no time in the encounter did the Planned Parenthood worker ask the girl if there was a trusted adult family member to whom she could turn.

She did, however, ask if the 31-year-old boyfriend was going to pay for the abortion.

Excuse me while I turn the sound down on that cash register.

Live Action president says the Wisconsin case is typical of what they find at Planned Parenthood sites across the country. “What’s common is for their workers to assure that any hurdles to abortion can be crossed,” Ms. Rose says.

Not to worry about those pesky laws designed to protect young women who obviously already are engaged in high-risk behaviors. Planned Parenthood is happy to provide the quick fix and send them back into the arms of their “much older” boyfriends. The ones with the fat wallets.

A pregnant teen needs help and support, to be sure. At this critical junction, Planned Parenthood ought to promote every means possible to assure that her parents are responsible for her care — perhaps more responsible than they have ever been — and to protect her from sexual abuse.

But where’s the profit margin there?