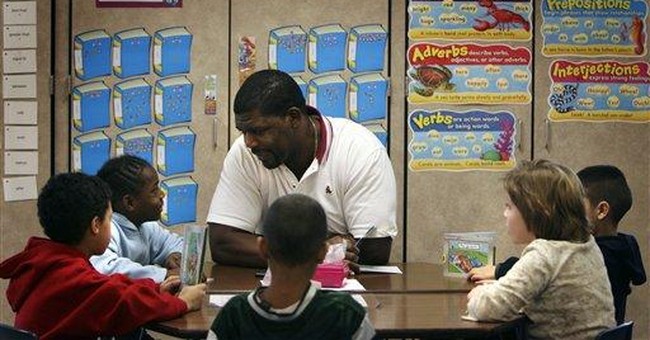 Yesterday, EAGnews.org reported on two events held during “Social Justice Week” at Chicago Public Schools’ Jones College Prep. One event featured a community organizer who taught students how to protest and engaged in inflammatory rhetoric against the National Rifle Association.

An EAGnews.org producer who attended the events interviewed Dean of Students Grace Moody, asking how such activities prepare students for higher education.

Moody explained that Social Justice Week came about after a botched “Gender Bender Day,” held during Spirit Week in the fall. On that day, boys could dress like girls and vice versa, with the goal being to make the school more inclusive for students who struggle with their gender identity.

It backfired, resulting in the identity-questioning students feeling ridiculed. School leaders decided a full-blown Social Justice Week was warranted. Moody thought the school could handle it because Jones College Prep is “pretty hip and pretty progressive and pretty open-minded.”

When asked why Phillip Jackson, a community organizer with Black Star Project, was brought into the school to teach students how to protest, Moody replied:

“The fortunate part of this situation is that we want to work with our students...

“ … Our students, if they want something, need to learn how to advocate for themselves because non-violent protest training is at its roots advocacy for yourself and for your group. So I believe in teaching our teenagers – who are inherently going to protest something – to teach them how to do it so they can ultimately get what they want and need.”

Moody was asked about Jackson’s idea to have students create a “graveyard” on the school lawn to raise awareness of gun violence.

Moody said she approved of the idea, and would want to help the students however she could, and to limit the distractions a symbolic graveyard might have on the learning process.

There certainly seems to be a culture of protesting and harnessing all that “teenage angst” at Jones College Prep. Moody explained that in 2005, a “school-wide civics lesson” was created to help students understand how state and federal budget cuts might affect their school. A “full school-wide field trip” was created – approved by the Chicago Public School law department – and students walked to a building downtown where “there was going to be a protest.”

Coming tomorrow: At the recent National Action Network conference, Duncan addressed the issue of schools teaching students how to protest and using children at those protests. He couldn’t possibly endorse such practices, could he?