Kurt Schlichter
|
Posted: Feb 07, 2019 12:01 AM
Share   Tweet
The opinions expressed by columnists are their own and do not necessarily represent the views of Townhall.com. 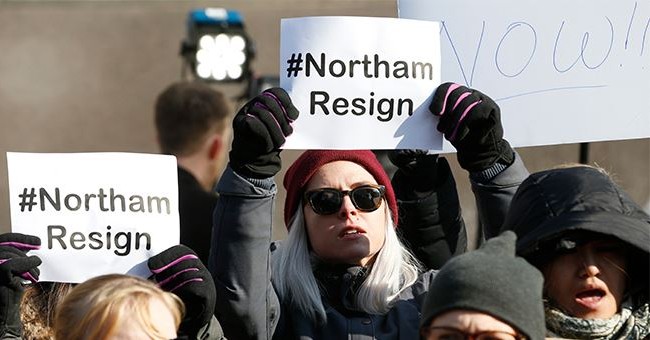 I’m not going to pretend to be “better than that” because I am loving this Virginia clusterfest of liberal hypocrisy and I hope it never, ever ends. Wreck-It (“It” being the VA Democrat Party) Ralph Northam may well resign by the time this column posts, and his allegedly Weinsteiny lieutenant governor Justin Fairfax may be just-inaugurated and just-tossed out not long after. This is so great. It couldn’t happen to a couple of nicer hypocrites. Guess that Ed Gillespie Deathracist 2000 ad is looking pretty awkward right now, huh guys?

It’s called “Alinsky Rule No. 4,” pals. “Make the enemy live up to its own book of rules.” Cue the sad trombone. Somewhere, Brett Kavanaugh is laughing into his Budweiser.

I know I am, except it’s Dos Equis.

But this hilarity does bring up something serious we need to consider on the conservative side. We need to prepare for the next time some Republican gets besieged by SJW witch-burners, and be ready with our response to their unwarranted demands for his/her/xir’s head.

Our response should be, “Go pound sand.”

Now, that’s not necessarily the phraseology we should use. Mine would be more colorful, and anatomically challenging, but the point is the same. They don’t get a head for their wall. They don’t get to win. Not over silliness.

Ralph Northam is a moonwalking truth-challenged weasel who, if Billy Jean was at his door, would say “Gee, just off the kid.” But say it was just some regular GOP schmuck who took an idiotic photo 35 years ago, and who wasn’t a race-hustling creep, but, instead, someone who had lived an exemplary life. Should drunken antics that culminated in a mortifying yearbook snap destroy his life a third of a century later? No.

So when one of ours has some bonehead maneuver from his frat days revealed by eager Dems smelling blood, that’s what we should say to the calls for resignation and social ostracism. “No.”

Really terrible stuff, by someone of age, done recently? Perhaps a different story. But this bizarre, unspoken assumption that someone can’t change and grow up in a third of a century – especially when the evidence is that he or she changed and grew up in a third of a century – is profoundly destructive. It’s designed to allow the SJWs unlimited power to ex post facto decree someone unfit for society at their whim. They will scour a target’s past, decide something regrettable is unforgiveable, and demand his or her head. And you just know that the GOP establishment Fredocons are willing to give it up without a fight.

But how about telling the SJWs to pound sand and leave the decision about evaluating a politician’s past where it belongs – in the hands of the voters? If you want to vote against a politician in the next election because he was either channeling Al Jolson or Robert Byrd back in 1984, that’s your right. But undoing an election, demanding a resignation, is a big deal. It deprives the voters of their choice. This should be the response we give when some Republican’s crime-free knucklehead antics from long ago get revealed:

Now yes, I am advocating two different sets of standards, one for Democrats and one for the GOP. That dual-track rule thing is itself a New Rule imposed by the left, and when you see Felonia Milhous von Pantsuit in an orange jumper doing the pokey time we would all do for classified stuff shenanigans we can talk about having one set of rules again. The fact is that the Democrats have embraced the SJWs, and they should get the full brunt of their fussy outrage good n’ hard. Let them take these wailing nuts and their phony hysterics seriously. We Republicans are supposed to reject their overwrought nonsense, hence the pounding of sand suggestion.

Now, there are times when we should cast off one of our nominal own. Corruption. Real misbehavior. Present day character issues that are so intolerable they can’t wait for the next election. Those happen, and we must police our own, but these are relatively rare situations. Sadly, far too many True Conservatives™ seem to think the ultimate expression of conservatism is finding themselves some alleged heretics to ostracize in the mode of William F. Buckley casting out the Bircher kooks. Still, statistically, when you have a movement that includes about half of America, you will get some irredeemable idiots despite the natural home of irredeemable idiots being on the left.

But that’s rare. And it does not include someone who decades ago did something silly, stupid, offensive, or even ugly, that did not hurt anyone, and who has subsequently demonstrated nothing showing low character. People make mistakes. They change and grow-up. We conservatives are supposed to be the ideology based upon real world experience, which includes changing and growing, unlike the totalitarian thought police of the left who savor the opportunity to spin themselves into a social media mob.

So let the Democrat autophagy begin. Your Virginia governor is a garbage person who did garbage things and told garbage lies not only about the garbage things he did – he was merely honoring Michael Jackson, folks – but about his GOP opponents. Let them eat their own. Perhaps they will learn through pain to be better people. Perhaps they will simply devour themselves. Hey, it’s all good.

But we Republicans should be different. We should be a party both of standards and forgiveness, of perspective and judgment, not of cowardly concessions to mobs out to crucify Catholic kids for smirkcrimes in the face of drum-beating fake ‘Nam vets.

The next time the SJWs come to us with some ridiculous demand to sacrifice one of our own on their altar of arbitrary outrage, we should tell them to put on their pounding gear and head to the beach.

Are we going to tolerate being ruled by a mob of hipster doofuses with no upper body strength? My latest novel, Wildfire, and in my earlier installments People’s Republic and Indian Country, shows what will happen if we do. So let’s not. Let’s tell them to pound sand, because it’s not like these freaks can make us do anything we don’t want to.