So What Difference Does It Make?

Kurt Schlichter
|
Posted: Jun 13, 2016 12:01 AM
Share   Tweet
The opinions expressed by columnists are their own and do not necessarily represent the views of Townhall.com. 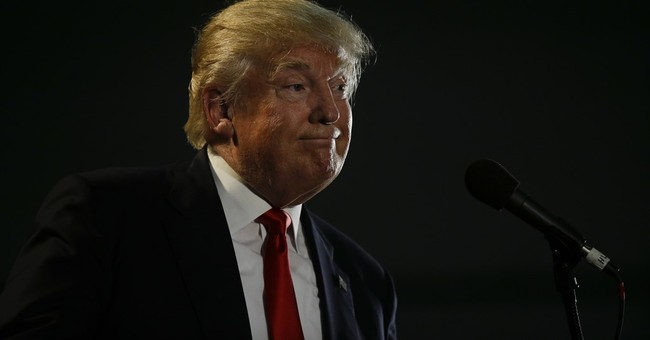 Nothing matters. No one cares. LOL.

Do you know why Donald Trump is defying the odds, defying the predictions of doom and defeat? Yes, by the time this runs, the people gleefully thinking that the tempest in the margarita glass that is the whole Trump U judge thing will FINALLY BRING DONALD DOWN! are going to realize, once again, that nothing matters.

Someone else came up with the “Nothing matters. LOL” formulation to describe this election year, and he deserves a nice shiny quarter, unless he is a Hillary Clinton fan in which case someone should smack him for supporting that cancer on our Constitution.

And he can also thank himself and his idiot ilk for helping bring us to this point. Without the avalanche of distraction, hypocrisy, willful ignorance, and outright lies that the liberal elite and their human centipede press corps employed over the last few decades to ensure their corrupt, mouth-breathing, and/or perverted Democrat heroes are never held accountable, Trump would not be possible. We might still care about quaint things like character, competence, and not being a loathsome piece of human refuse.

But we don’t. Not anymore.

Hillary’s formulation of “Nothing matters, no one cares” is just a little different. For her, it’s “What difference, at this point, does it make?” You know, that comment she made when some congressmen – not including any Democrats – tried to hold her to account for getting four Americans killed and lying to not only their families’ faces but to our faces about it.

And the people who aren’t in Hillary’s trick bag are supposed to care that Trump’s a jerk?

Programs! Programs! Can’t tell what’s good or bad today without a program! Actually, you can – if someone outside of the liberal elite does it, it’s bad. How dare Trump accept and employ the tribalist premise of modern liberalism!

It’s not that those willing to vote for him agree with Trump’s babbling. It’s that they’re not going to jump on the feigned outrage bandwagon du jour anymore.

You know, a lot of people are kind of stupid – look how many Bernie stickers you see even as the news is reporting that you have to bring your own Charmin to socialist Venezuela – but, in general, people pick up on when they are being lied to. Is color/gender/ethnicity-blindness a thing, or is it not a thing? We’d like it to be a thing, but not just when it’s convenient for the commies.

That’s why nothing matters. That’s why no one cares. It’s all lies, it’s all cow crap from top to bottom. LOL.

Is sexual assault bad only when President Pantsuit’s nominal hubby isn’t the one committing it?

Are we still doing the rule of law? Anyone who spent 15 minutes in uniform – including a Cub Scout uniform – knows that if 5% of what’s been reported that Hillary Clinton did with classified info is true, anyone else would be in Leavenworth making intimate new friends. But to liberals, no biggie. What’s a few felonies involving national security between progressives?

Yet a bunch of suckers voluntarily paid some school Donald Trump licensed his name to and we’re supposed to lose our minds? Gotta say though, many of us are just not feeing the care. We can’t muster up the energy to enforce rules that no longer exist. We have learned that all that matters is winning, that the only truth is power.

Beyond that, nothing matters, no one cares. LOL.

Marc Rich’s pardon? Whatever. Pay for play at the Clinton Foundation? Meh. Some of those innocent farmers and shepherds the Army locked up at Guantanamo for no reason got let go with Hillary’s OK and then killed a bunch of Americans? Boring! Instead, let’s lob Her Thighness a softball question about how she’ll feel to be the first woman in the Oval Office while a Clinton is president who is there to work.

You have the left shifting the paradigm, dropping any pretense of adhering to norms and customs (much less actual laws) in their quest for victory. You have a GOP Establishment that can’t, or won’t, see that willingly taking on a 50-stroke handicap by pretending that this is the good old days means always losing. You know, during Watergate, Nixon was doomed only when the evidence convinced the Republicans he was corrupt. They then did their duty and told him to walk out or be carried out on a rail. But can anyone imagine any scenario – no matter how far-fetched – where the Democrats travel to 1600 Pennsylvania Avenue and say to the Commander-unIn-Carcerated “We and the Republicans are going to have to impeach you if you don’t resign”?

Uh oh! In shocking development, Lil’ Lord Lindsey Graham is once again instructing us on how we fail to meet his exacting standards for decorum and rectitude and stuff. Isn’t he the one who ostentatiously voted to confirm the “wise Latina?” So ridiculous stereotyping gets rewarded when liberals do it, but if an opponent of liberals does it then we’re morally obligated to … wait for it! … effectively support the liberal who makes ridiculous stereotyping the centerpiece of her campaign?

Hypocrite much? We’ll pass on that creative moral formulation. Sheesh, like we need lessons from a grown man who you can’t look at without imagining him in a little blue sailor suit, grinning and gripping a lollipop.

Did you think people are blind, that they don’t see the hypocrisy? Did you imagine that their collective sense of duty and propriety would endure forever the assault upon them, with the lies rubbed in their faces day after day, year after year? Did you expect that they would never get fed up and raise up a vulgar, orangey middle finger?

In depressing times like these, it’s weirdly appropriate that a mopey vegan leftist like Morrissey sums it up best:

Oh, what difference does it make?
Oh, it makes none.
But now you have gone.
And your prejudice won't keep you warm tonight.

Bigotry is bad. No wait, now it’s supposed to be good, but only if liberals do it? Then it’s mandatory. And assaulting women is bad, but if you are cool with killing women in the womb, you get a pass? Down with Wall Street, and pass the check?

All lies. All hypocrisy. And you expect us to keep dancing to your tune, ready to be outraged on cue? No, the time of the exploitation of our vestigial morality is over. We can know it’s wrong and still not give a hot damn.

We have seen the truth that is power. We have seen everything else is lies. And now we will embrace the bringer of vulgar retribution. We will cleanse with his orange fire, burning the village it never took to raise a child in order to save it. Because, at this point, what difference does it make?