Journolist and the Ackerman Question 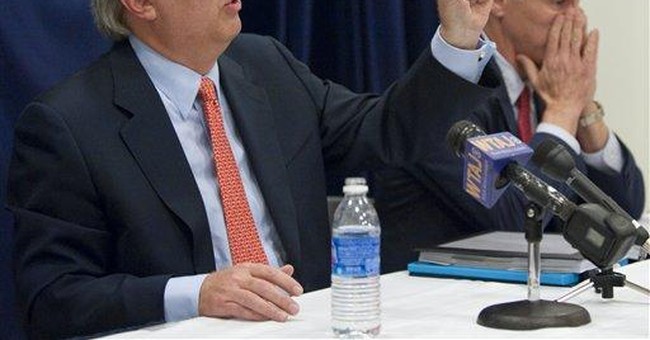 JournoList has been much in the news lately, as story after story appears about the postings to the private message board for left-wing journalists and academics. A few members of JournoList were not left-wing, but without the release of the full membership, the evidence points to a very heavy weighting towards the left with a few centrists thrown in. JournoList's founder, the Washington Post's Ezra Klein, freely admits it was intended to be a gathering place for lefty journalists and their like-minded allies in universities and think tanks.

The trickle of JournoList stories may become a flood if the Daily Caller ups its publication pace of bits and pieces from the archives of the site. Some lefties are attempting "preemptive dismissal" of the significance of the "story management" threads from the site wherein the lefties try to scheme on how to manipulate the news. This action-reaction cycle to the publication of new emails reminds me of the early days of the MPs' expenses stories in Great Britain last year, when the public was exposed to ever more detail about a long running practice that at first couldn't be believed but which came to be understood as a damning indictment of the institution of Parliament and especially the ruling Labor Party. As story after story emerges from the JournoList archives of the deep, deep bias of allegedly "neutral" reporters and producers and their active attempts to twist the news, the public already profound distrust of the MSM will move through contempt to outright laughter. Really, who can take a JournoList participant's protestation of neutrality seriously? A handful of reporters may have joined and never participated, but to have hung around after the email traffic turned to Obama boosterism is at best an indictment of judgment.

Less interesting are most of the JournoList's membership's attacks on various center-right commentators: Opinion journalists are supposed to have opinions, so as I have said in a variety of places since the story stream began to flow, the embrace of sharp opinions about ideological opponents is not very surprising.

Former New Republic scribbler Spencer Ackerman, who is now with Wired, proposed the manufacture of just to such an attack on Barnes and Bush to the JournoList's annointed when the Jeremiah Wright story exploded in 2008. Ackerman admitted on JournoList that he wasn't interested in whether Barnes or Rove were in fact rascist, just that the charge was useful at that moment in time.

Given that plagiarism is a hanging offense in the MSM, ought not outright falsification to be seen as just as serious an offense against the suppose code of truth-telling? Didn't MSM once upon a time stand for opposition to Big Lie propoaganda? Ackerman is still with Wired, and as far as I can tell from vacationland (where the internet connection is spotty at best), no MSMer has stepped forward to condemn Ackerman, nor has any JournoList member been asked what they thought about the advocacy of the slander at the time it occured or now that it has come to light.

That is the most interesting of the questions for Journolist members right now --the Ackerman Question: "Did you think it was necessary to oppose the slander of a fellow journalist?" Don't hold your breath waiting for that question to be asked on air on the Sunday shows.

Apparently no one rebuked Ackerman then, at least as far as we can tell from the leaks from the JournoList archive. It would be great news if Time's Joe Klein, for example, had stepped up at the time and posted something like "Spencer, that is outrageous. We both know Barnes and he's been a fine journalist since even before his days at the New Republic. You may not like his politics, but he's a wonderful man and I won't go along with your calling him a racist, and no one else should either. Have you lost your mind?"

Most MSMers can be counted on to strike a sympathetic pose when it comes to stories about the suppression of the press in regimes where it is actually dangerous to do a reporter's job. Campaigns of intimidation against journalists are an old story in the last century and they have continued into this one. Slandering of writers used to be a favorite technique in the old Soviet days and it has made a deadly comeback in Russia in recent years.

How odd, then, to see a message board of left wing jounalists advocating the slander of a journalist --or anyone really-- simply to serve a passing political agenda.

The second set of questions follow quite obviously: If Ackerman would lie about something as serious as the charge of racism, what else wouldn't he lie about? And if his colleagues on JournoList would either abet or at least act as silent accomplices of such a lie, what else have they seen and not objected to, heard, and been silent about?

The JournoList scandal is an enormously important story for American journalism, but so many individuals and MSM outlets are complicit that I doubt very much if it will be much reported on or if any apologies are forthcoming to Barnes. The Washington Post, home to the aforementioned JournoList's owner and operator Ezra Klein, has gone to the mattresses on the story, even though it employs the "reporter" who knows all the answers. Apparently it cares neither for the standards of the news business or for the readership which it could be gathering in. The guild is threatened. Rally around the guild.

The Manhattan-Beltway media elite is once again stripped of its pretense. Just as they all rallied around Dan Rather when he manufactured the news in 2004, now they appear ready to remain silent even in the aftermath of publication of record evidence that many in their number have the "journalistic ethics" of a Pravda lifer in the '60s.

I Know Exactly Who Is To Blame for This New Wave of COVID-19, and I Know Who Is Making a Fortune on It
Townhall
GOP senator no longer being lauded for 'courage' by the left after opposing the House Speaker's authoritarianism
Twitchy
Brett Kavanaugh's Gelatinous Spine Green-Lights More Government Theft
Redstate
Mexico's Turn: The Border Mess Is About to Get Much Worse
PJ Media