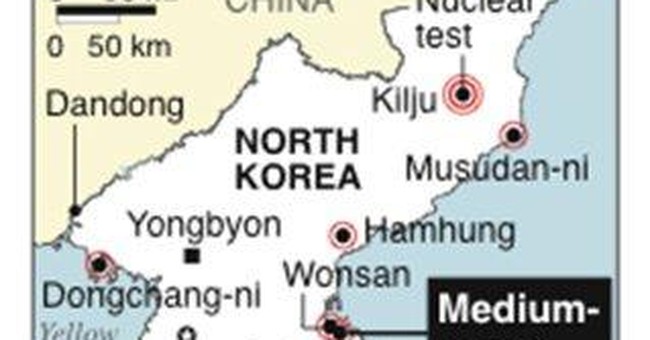 Politics, they used to say, “stops at the water’s edge.” Not anymore. That changed in 2003 -- just two years after the Sept. 11 attacks -- when former Vice President Al Gore hammered the Bush administration. He claimed its response to international terrorism had “recklessly put our country in grave and unnecessary danger” and “exploited public fears for partisan political gain and postured themselves as bold defenders of our country while actually weakening -- not strengthening -- America.”

Yet history has vindicated the Bush approach. Our country hasn’t been attacked since 2001, and the Obama administration (rhetoric aside) has continued using virtually all the Bush anti-terror policies.

The more important point, often ignored by Gore and others on the left, is that our enemies are determined to act. Al Qaeda had been preparing its 2001 attack for years. They were determined to carry it out no matter who occupied the White House.

That’s a lesson President Obama has also learned -- the hard way. During his presidential campaign, he called for greater “engagement” with our enemies. He supported a decision, late in the Bush administration, to remove North Korea from the list of terrorist-supporting nations.

The rogue nation has reacted to this olive branch by … fast-tracking its nuclear and missile research.

“Since the beginning of 2009 North Korea has initiated a rapid-fire series of provocations against the U.S., South Korea and Japan without allowing time for diplomatic outreach,” notes Heritage Foundation Asia expert Bruce Klingner. What Pyongyang wants are strategic technological capabilities -- missiles and nukes. The country is interested in acquiring power, not getting attention or leverage.

Simply put, North Korea is determined to go nuclear, and no change in American domestic politics or direct political engagement will stop it from trying. But there are reasonable steps the U.S. should take.

First, America and our allies need to move forward with missile defense. North Korea’s missiles, whether nuclear or conventional, pose a special danger to countries that cannot defend themselves. To prevent Pyongyang from being able to hold our friends in Asia hostage, South Korea and Japan should work with the U.S. military to deploy a multi-layered missile shield.

The U.S. should draft a U.N. Security Council resolution that sanctions any companies, banks or government agencies that participate in Pyongyang's nuclear and missile programs. That includes foreign entities as well as North Korean ones.

North Korea also should be given a firm 30-day deadline to stop its nuclear and missile tests. To give the warning some teeth, the resolution should specifically allow the use of military force if North Korea refuses to comply.

Finally, China needs to become part of the solution.

For years Beijing has allowed North Korea to advance its weapons programs, seemingly confident that a nuclear North Korea is more of a threat to the U.S. and its allies than to China. But the Chinese should realize that the unpredictable regime in North Korea could far more easily turn its weapons against its Asian neighbors than against the United States. So it shouldn’t be in China’s interest to help North Korean obtain nuclear weapons.

Let’s hope President Obama’s strong rhetoric is backed by a firm resolve to confront North Korea’s defiance of the international community. The ramifications of his response go far beyond the Korean Peninsula. After all, it was President Kennedy’s disastrously weak performance during a 1961 meeting with Nikita Khrushchev that inspired the Soviet leader to initiate the Berlin Crisis and the Cuban Missile Crisis.

North Korea is challenging President Obama, just as it challenged President Bush in 2003 and President Clinton in 1994. It’s time to put domestic politics aside and present a united front against a determined enemy.