D.W. Wilber
|
Posted: Oct 27, 2016 10:01 AM
Share   Tweet
The opinions expressed by columnists are their own and do not necessarily represent the views of Townhall.com. 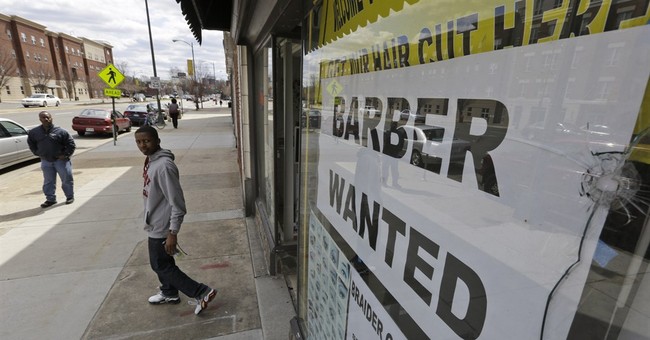 Just the other day Larry the Barber passed away. Losing his year-long battle with cancer he finally succumbed to the terrible disease quietly in his sleep, taking his last breath peacefully in the same bed he had shared for sixty-five plus years with his now grieving widow.

He left behind children, grandchildren, and even a few great-grandchildren. All who loved and cared about the man they had known their entire lives. The rock of the family, the man they all at one point or another believed was invincible. Someone who would always be there to take care of them and protect them from the world.

Platters of food started showing up at the door, along with warm hugs and kind words from a steady stream of neighbors who started to drop by to offer their heartfelt condolences. And they truly were heartfelt sentiments. No phonies in this crowd. And they know that when their time of sadness arrives you’ll be there for them as they were for you.

The town barber had spent his entire life in a small farming community, not unlike the Mayberry of old, though even smaller than that fictitious town in ‘Television Land’ that many people still like to watch on TV reruns. Even though they’ve likely seen every episode numerous times and can recite the dialog by heart.

You see Mayberry was just comfortable, pretty much like Larry’s small town. On TV for one half hour every day a person could forget about the world’s problems and focus only on the lesson of what’s right and what’s wrong that Opie would learn in those thirty minutes. Or nod quietly to themselves as they watched Aunt Bea remember the importance of humility and friendship when she craved that Blue Ribbon for her Elderberry Jam over her rival Clara.

In Small Town, America Larry’s barber shop was located right next door to his small frame house on a quiet street in the middle of town. But it was much more than a place where people went to get their hair cut. No, Larry’s Barber Shop was a place where neighbors went just to feel good.

Some of the older folks drove up and parked, but many just walked the short distance up the sidewalk, dragging their sons along with them for their weekly trim from Larry. And while the youngsters might resist a little, they knew that a lollipop was waiting inside a jar on the counter in Larry’s Barber Shop for them once he finished the job.

The walls of Larry’s Barber Shop were covered with old photographs of people and places from his small community. Pictures of the old high school that no longer stands. The general store with a horse and buggy parked out in front. Or the old hotel where a president once stayed overnight. Larry was proud of his little town and he shared its history on the walls of his barber shop.

He was no philosopher he’d tell you, that was too big and fancy of a word. He’d say that he just “had opinions”, and he shared them. A straight-talker sometimes Larry’s opinions might be a little harsh and course around the edges, but more often than not his opinions were on target.

There are places all around America just like Larry’s Barber Shop. All one needs to do is just substitute the names ‘Fred’, or ‘Hank’, or ‘Chubbs’, and replace barber shop with Muffler Repair, Cafe, or simply Tavern. Any one of them can be a Small Town, America gathering place for small town philosophers.

Unfortunately there’s no one left to continue Larry’s Barber Shop, so the windows will shutter and the place will close up shop. There was no one in line to take things over once Larry passed on. In today’s America that’s often the case. Children grow up and follow their own path in life, and most of the time that doesn’t include following in Dad’s footsteps. And that is truly America’s loss.

So no more will you see Larry and one of his customers sitting in chairs on the front porch on a nice day just watching the neighbors walk by, and calling out to them by name. There are no strangers in Small Town, America. Everybody knows each other and care for and look out for each other. Particularly in times of sadness.

When the weight of the world with all its problems comes crashing down on us all, Larry’s Barber Shop was a place where we could all go to help make some sense out of things. Or at the least we could forget about them just for a little while. Our refuge in troubling times.

And sadly a little part of America died the other day along with Larry’s Barber Shop. And America has lost another part of what’s best about it that can never be replaced.