Is “The System” Really Rigged?

Derek Hunter
|
Posted: Apr 17, 2016 12:01 AM
Share   Tweet
The opinions expressed by columnists are their own and do not necessarily represent the views of Townhall.com. 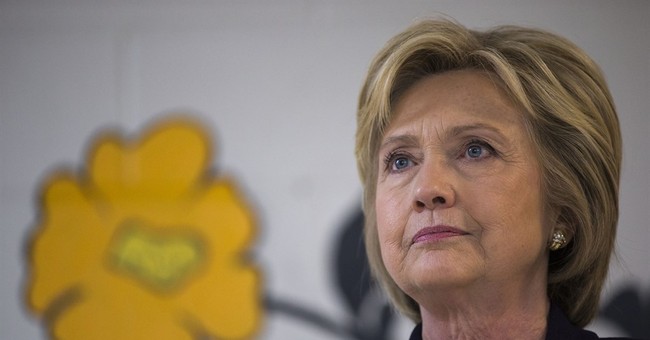 You hear it all the time: “The system is rigged.” On so many issues, people wrap themselves in this abdication of individual responsibility to insulate themselves from the negative consequences of their decisions and actions. Still others use it to empower themselves, acting as political Pope and absolving others of their mistakes.

Nowhere has the “the system is rigged” theme been more commonly used than in the political world.

Donald Trump cries it every time he loses, every time he realizes he’s been outsmarted, every time it’s clear he’s in over his head and didn’t hire competent people who understand, or even read, clearly stated rules. But his refrain is hollow and damaging only to those to whom he’s lying.

The more nefarious usage of the phrase comes from the recipient of Trump’s political donations – Hillary Clinton.

When a politician, particularly the standard bearer of a major political party, complains “the system is rigged” against people getting ahead, it’s the same as telling them they should quit. It saps those susceptible to such things of their ambition, their drive.

When you say this to people who, because of skin color, sexuality, economic status or whatever, already may be receptive to the idea, it resonates – maybe not that day, but someday. When something doesn’t go their way, the way something doesn’t go people’s way all the time, they now have an excuse.

The next time they fail to get a job or lose one, regardless of the circumstances, they can come more quickly to the “realization” the system is rigged against them and they can’t succeed no matter what.

Some people will quit, wait for some politician to “unrig” the system and become and remain loyal to that person and party who vows to “protect” them. It’s worked out swimmingly for the black community, hasn’t it? Now Democrats want to work their same magic to “help” Hispanics.

The vote is more important than lives to progressives. It’s power über alles.

Hillary claims the system is rigged? She rose from a middle-class family to marry a man from a poor family and then become one of the wealthiest and most powerful women in the world. Her story, like that of President Obama and so many other progressives, embodies the American Dream.

Why not just rely on that story, which would do a lot of good? Because it doesn’t give enough credit to government for her success.

If Hillary wants to talk about rigged systems, she knows all about one that truly is rigged – the Democratic Party’s nominating system.

She can’t win her party’s nomination without unelected party elites pushing her over the top, which her campaign acknowledged this week. Further, Tuesday’s primary in New York already is a victory for her before the first vote is counted. Unless Bernie Sanders, a fellow traveller in the “the system is rigged” brigade, beats her in a landslide, she will leave the state with significantly more delegates.

Yes, some systems are rigged. But not the ones most progressives would have you believe. The economy is not rigged. How delegates are won or lost may be, but everyone knows the rules.

No, the real rigging in most people’s lives is the lie that someone other than the individual is responsible for the state of our lives.

Looking externally for redemption, fulfillment, or making anything great again is the individual rigging the system against themselves. So maybe all the systems are rigged after all.