Family Dollar Stores reported third-quarter earnings of $1.05 a share, above the $1.03 estimate, on increased sales and gross margins.  However, the company guided fourth quarter estimates downward as consumer discretionary spending remains hampered by the poor economy.

The stock continues to recover from a big fall in December.  We think investors should sell as the price reaches the upper $60’s. 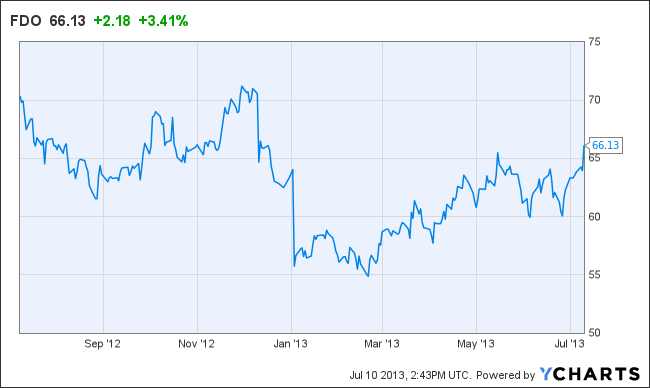 “While we are encouraged by the trajectory of New York Times' digital conversion and believe it remains the best positioned of the newspapers in our coverage universe, we believe its valuation has run ahead of its fundamentals,” reports S&P.

Earnings are projected to fall a total of 28% over the next three years.  The PE is 30.

The stock price is approaching long-term resistance at $14.  We see no reason for investors to own shares in a company with consistently shrinking earnings. 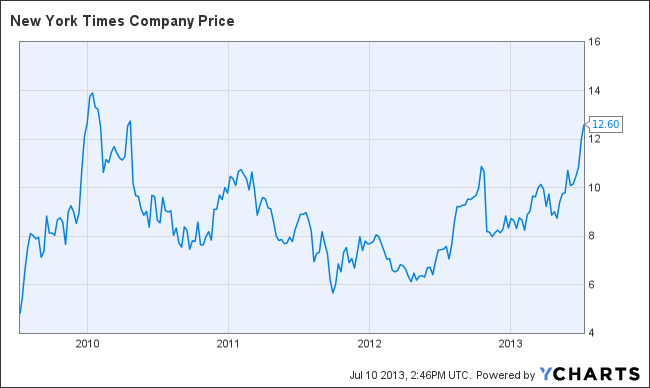 “The yen has weakened by about 21 percent against the dollar since Oct. 31,” reports Bloomberg.  International companies will be taking a hit in upcoming earnings releases.  Delta Air Lines said that the weak yen reduced unit revenue for a fourth straight month.

The stock is up 38% since we told investors to buy at $14 this year.  The chart remains bullish, but we caution investors that market focus could shift from earnings growth and low PE, to weak yen and high debt levels.  Use stop loss orders. 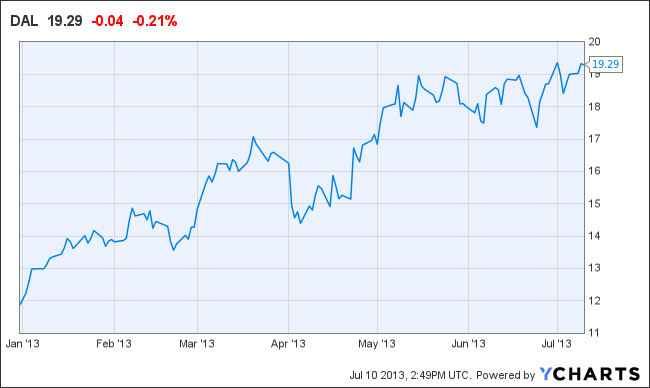