Senate Republicans Must Beware of More Misguided Legislation From the Left

Colin Reed
|
Posted: Sep 12, 2022 12:01 AM
Share   Tweet
The opinions expressed by columnists are their own and do not necessarily represent the views of Townhall.com. 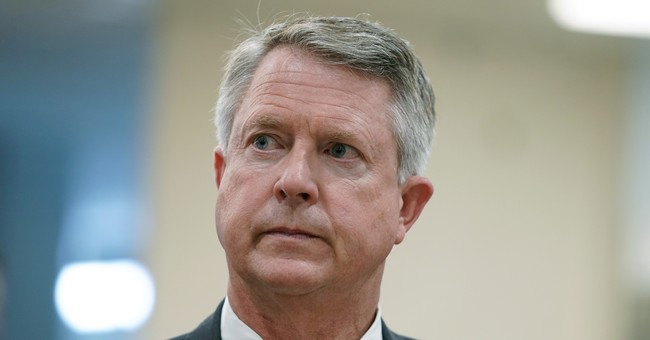 There’s no way to sugarcoat it: Senate Democrats have passed more legislation than anyone thought possible in an evenly divided upper chamber with a historically unpopular president. From infrastructure to semiconductors, the $770 billion s0-called “Inflation Reduction Act” was the capstone, the culmination of many fits and starts along the way. With its green giveaways, the policy itself is abhorred by conservatives, but the political skill required for its passage surprised many, especially with President Joe Biden’s moribund approval ratings and a midterm election drawing closer by the day.

For the GOP to put the brakes on bad bills between now and the swearing in of the 118th Congress in January, every member of the 50-person Senate caucus must stand united. Unfortunately, that’s not the case with another misguided idea known as the Credit Card Competition Act.

Introduced earlier this year by Illinois Senator Dick Durbin, the chamber’s second-ranking Democrat, the legislation has received the support of Kansas Republican Senator Roger Marshall (R-KS), providing the veneer of bipartisanship. So far, Marshall is the only member of the GOP to sign on, and for good reason.

A dyed-in-the-wool liberal, Durbin has long been focused on inserting government regulators between private transactions involving retailers, credit cards and banks. During negotiations around the sprawling 2010 Dodd-Frank financial reform overhaul, the Durbin Amendment, as it became known, implemented artificial price controls on debit card transactions. Republicans promised to repeal the damaging provision when they seized control of Congress but failed to do so.

In a nutshell, the Durbin Amendment of 2010 capped the “interchange fee” charged to retailers when customers use debit cards to purchase products. Typically less than 2 percent of the total cost of the product, the fee is used to cover the cost of a plastic transaction, which brings additional layers of convenience and security. Also known as “swipe fees,” the cost is usually split between the bank issuing the card used to buy the product and the retailer selling said product.

Durbin has portrayed his efforts as siding with the retailers, claiming the move would pass on savings to consumers. It made for a snappy sound bite, especially when the nation was reeling from a depression and the bailouts of the big banks were fresh on voters’ minds.  Yet data from the Federal Reserve Bank of Richmond found 98.8% of merchants did not reduce prices.

On the banking side, with their revenue stream diminished, financial institutions have instead cut benefits to customers. Perks such as free checking accounts plummeted, going from 76 percent pre-Durbin to 38 percent in 2013.

So much for the win-win for consumers. In fact, the consequences of the Durbin Amendment were so detrimental than none other than Massachusetts Rep. Barney Frank (D-MA) – the “Frank” in “Dodd-Frank” – called for a “free market approach.” When liberals are championing the free market over artificial regulations, conservatives should pay attention.

Fast forward to today, Durbin, with the assistance of Marshall, is trying to impose the same red tape on the credit card industry. Proponents of the bill artificially frame the debate as “Wall Street vs. Main Street.” Yet the big banks aren’t the loudest critics of this new effort. Smaller state banks and credit unions are sounding the alarm, sending a letter to congressional leaders warning of decreased competition in the credit card industry, as well as the “decimation” of rewards programs. The chair of the Kansas Bankers Association has urged Marshall’s constituents to oppose the legislation, citing the negative impact on consumers and small businesses and the giveaway to the big retailers.

Amid soaring inflation and sky-high fuel costs, more Americans are relying on credit card benefits, which are largely funded by interchange fees, to subsidize travel, gasoline or dining out. Data from Wells Fargo found almost half (45%) of Americans rely on credit card rewards to offset the overall cost. The Durbin/Marshall bill jeopardizes these programs. Paying for everyday products using plastic has become a staple of everyday life, especially during the pandemic. More than 80 percent of Americans use at least one credit card, according to the Federal Reserve.

All of which raises the question why a self-professed conservative from Kansas is teaming up with a liberal from Chicago to implement more government regulations. If the passage of the recent spending package taught us anything, it’s that no bad bill is truly dead, especially if Republicans let their guard down.