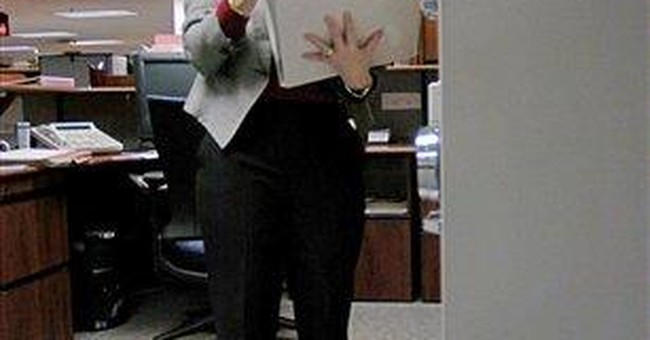 WASHINGTON -- As the night follows the day, the VAT cometh.

With the passage of Obamacare, creating a vast new middle-class entitlement, a national sales tax of the kind near-universal in Europe is inevitable.

We are now $8 trillion in debt. The Congressional Budget Office projects that another $12 trillion will be added over the next decade. Obamacare, when stripped of its budgetary gimmicks -- the unfunded $200 billion-plus doctor fix, the double counting of Medicare cuts, the 10-6 sleight-of-hand (counting 10 years of revenue and only 6 years of outflows) -- is at minimum a $2 trillion new entitlement.

It will vastly increase the debt. But even if it were revenue-neutral, Obamacare pre-empts and appropriates for itself the best and easiest means of reducing the existing deficit. Obamacare's $500 billion of cuts in Medicare and $600 billion in tax hikes are no longer available for deficit reduction. They are siphoned off for the new entitlement of insuring the uninsured.

This is fiscally disastrous because, as President Obama himself explained last year in unveiling his grand transformational policies, our unsustainable fiscal path requires control of entitlement spending, the most ruinous of which is out-of-control health care costs.

Obamacare was sold on the premise that, as Nancy Pelosi put it, "health care reform is entitlement reform. Our budget cannot take this upward spiral of cost." But the bill enacted on Tuesday accelerates the spiral: It radically expands Medicaid (adding 15 million new recipients/dependents) and shamelessly raids Medicare by spending on a new entitlement the $500 billion in cuts and the yield from the Medicare tax hikes.

Obama knows that the debt bomb is looming, that Moody's is warning that the Treasury's AAA rating is in jeopardy, that we are headed for a run on the dollar and/or hyperinflation if nothing is done.

Hence his deficit reduction commission. It will report (surprise!) after the November elections.

What will it recommend? What can it recommend? Sure, Social Security can be trimmed by raising the retirement age, introducing means testing and changing the indexing formula from wage growth to price inflation.

But this won't be nearly enough. As Obama has repeatedly insisted, the real money is in health care costs -- which are now locked in place by the new Obamacare mandates.

That's where the value-added tax comes in. For the politician, it has the virtue of expediency: People are used to sales taxes, and this one produces a river of revenue. Every 1 percent of VAT would yield up to $1 trillion a decade (depending on what you exclude -- if you exempt food, for example, the yield would be more like $900 billion).

It's the ultimate cash cow. Obama will need it. By introducing universal health care, he has pulled off the largest expansion of the welfare state in four decades. And the most expensive. Which is why all of the European Union has the VAT. Huge VATs. Germany: 19 percent. France and Italy: 20 percent. Most of Scandinavia: 25 percent.

American liberals have long complained that ours is the only advanced industrial country without universal health care. Well, now we shall have it. And as we approach European levels of entitlements, we will need European levels of taxation.

Obama set out to be a consequential president, on the order of Ronald Reagan. With the VAT, Obama's triumph will be complete. He will have succeeded in reversing Reaganism. Liberals have long complained that Reagan's strategy was to starve the (governmental) beast in order to shrink it: First, cut taxes -- then ultimately you have to reduce government spending.

Obama's strategy is exactly the opposite: Expand the beast, and then feed it. Spend first -- which then forces taxation. Now that, with the institution of universal health care, we are becoming the full entitlement state, the beast will have to be fed.

And the VAT is the only trough in creation large enough.

As a substitute for the income tax, the VAT would be a splendid idea. Taxing consumption makes infinitely more sense than taxing work. But to feed the liberal social-democratic project, the VAT must be added on top of the income tax.

Ultimately, even that won't be enough. As the population ages and health care becomes increasingly expensive, the only way to avoid fiscal ruin (as Britain, for example, has discovered) is health care rationing.

It will take a while to break the American populace to that idea. In the meantime, get ready for the VAT. Or start fighting it.