Cal Thomas
|
Posted: Jan 21, 2016 12:01 AM
Share   Tweet
The opinions expressed by columnists are their own and do not necessarily represent the views of Townhall.com. 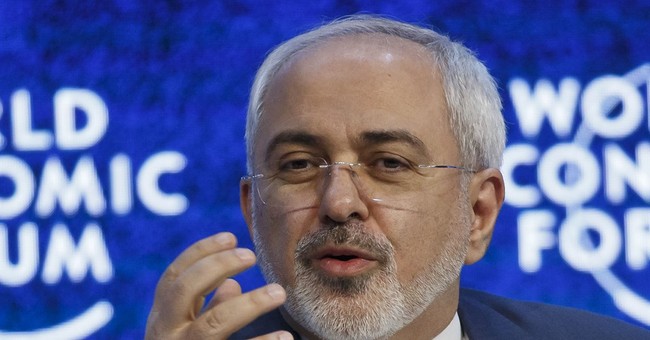 Every American should be glad that American hostages have been freed by the tyrannical Iranian regime and are being reunited with family, friends and co-workers.Less satisfying is the return of Iran's $400 million trust fund, used to buy military equipment, which was frozen in 1979, along with its diplomatic relations with the U.S. (plus what President Obama ludicrously called "appropriate interest" of $1.3 billion), all returned to what the U.S. State Department branded the world's "preeminent sponsor of terrorism." Expecting Iran to use this windfall for purposes other than terrorism would be like expecting a kidnapper to donate the ransom money to a children's hospital.

While President Obama praised himself and his "diplomatic team" for concluding the Iranian nuclear deal, which he claims will ensure that Iran "is never allowed to build a nuclear weapon," Iranian President Hassan Rouhani’s world view has not changed one iota. "In (implementing) the deal," Rouhani said, "all are happy except Zionists, warmongers, sowers of discord among Islamic nations and extremists in the U.S. The rest are happy."

This is a regime that allowed the beating of Christian missionary Saeed Abedini in an attempt to force him to renounce his faith and convert to Islam. We are repeatedly told by clueless Western political leaders that Islam is a "religion of peace" and that the Koran prohibits "coercion" in matters of faith (Surah 2:256). By your fruits you shall know them.

In a brazen display of chutzpah, Iran's supreme leader Ayatollah Ali Khamenei said that when it comes to the nuke deal, it's the U.S. that needs monitoring because it simply cannot be trusted. Iran is not beyond claiming that the U.S. is in violation of the nuclear agreement or using such allegations as an excuse to resume its nuclear program. Skeptics are right to believe their program continues out of sight, despite President Obama's assurances that inspectors from the International Atomic Energy Agency will catch any violation. Iran has barred IAEA inspectors from sites the government wanted to be kept secret. Why would it not do so again once our check clears the bank?

Pleasurable outcomes do not always validate policy and our enemies in Iran, and among the various terrorist groups it supports, are bound to receive the message that if they can just grab Americans and hold them hostage long enough, America -- at least under this administration, which they perceive to be weak -- will give them what they want. The kidnapping of three American contractors in Iraq may be an indication that terrorist groups have received that message.

What a contrast to Iran's 1981 release of 52 American hostages, all held for 444 days. It came on the day of President Ronald Reagan's Inauguration, an obvious indictment of the Carter administration's weakness. Commentators at the time said they thought the Ayatollah Khomeini believed Reagan was a "cowboy" and might actually drop a nuclear bomb on Iran if the Americans were not freed. That and Reagan's subsequent hardline approach to the Soviet Union came to be known as "peace through strength." The American left's approach might be characterized as "war through weakness."

This time around, in addition to the money, Tehran receives clemency for seven Iranians indicted or imprisoned in the U.S. for sanctions violations. Clemency is certainly within a president's authority, though official U.S. policy over several administrations has been that the U.S. does not negotiate with terrorists ... only terrorist regimes, apparently.