Immigration and How to Think About It

Bill Murchison
|
Posted: Feb 28, 2017 12:01 AM
Share   Tweet
The opinions expressed by columnists are their own and do not necessarily represent the views of Townhall.com. 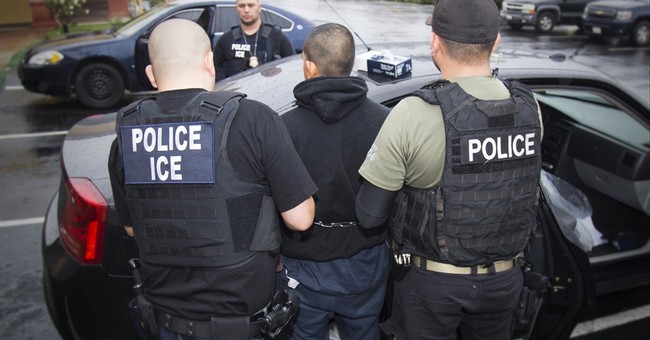 May I quote myself?

Thanks. I shall. "Immigration is the sincerest form of flattery."

I have used this bon mot on various occasions since coining it for a 1987 speech. I like its accuracy, its brevity and, not least, the sly pun. Yet as those original Americans, or the English, would say, it neither butters parsnips nor guides us unfailingly to resolution of a problem productive of more anguish and amnesia than was the case in 1987. I say "anguish" because illegal immigration tears the country apart; we have "amnesia" in that we forget how sheer attractiveness, in deed and in spirit, perpetually sets us up for battles over who gets to live here and on what terms.

The ongoing desire of non-Americans to pull up stakes and come here -- legally or illegally -- might well flatter Americans, speaking as it does to the country's ambience of freedom and the manifold opportunities that accrue with freedom. We're stunned to see foreigners beating down our doors and pouring through the windows. Why?

"Bad dudes," as President Donald Trump phrases the matter, do come among us. And so do doctors and nurses and professors and honest, aspiring workers. The question becomes how to sort them out, how to keep out the worst and bring in the best while bearing in mind the absorptive capacities of the nation and its economy.

Inevitably, sentimentalism rears its gray and intellectually deficient head. Emma Lazarus' famous line "Give me your tired, your poor,/ Your huddled masses yearning to breathe free" is there always for hurling at people who suggest the need for common sense in selecting refugees and immigrants. The tag "dreamers" was dreamt up by someone in the Obama White House to sentimentalize the younger breed of immigrant. How a single word can do justice to a class numbering in the millions is an elusive point.

The agonies involved in crafting immigration policy produce categorical reactions: "Let 'em all in," or "Keep 'em all out." Trump pushed the latter policy during the late presidential campaign, unwisely advocating the roundup and expulsion of illegal stayers and the blocking, by means of a border wall, of our presently largest immigrant class, the Mexicans. That so many voters thrilled to such shoddy ideas shows how eagerly we grasp for the elusive handle calculated to solve our problem at a stroke.

Apparently, Wednesday will bring another executive order shutting down or restricting the flow of immigrants and refugees -- more in fulfillment of campaign pledges than in the hopeful implementation of a strategy for distinguishing bad dudes from good guys.

What Americans should get used to is that the immigration problem has no logical end -- no more than does the problem of keeping America prosperous and free. The best way to repel would-be immigrants would be to render America approximately as attractive as Russia through government policy. Has Russia an immigrant problem? Not that we are aware. What it has is instability, corruption, paranoia, lawlessness, a declining population and a shrinking economy. Just where you'd like to live, work and raise a family, yes?

America's 21st-century challenge is to maintain -- preferably to enlarge, through government renunciations -- the freedoms that thrill human hearts, not just American hearts.

Does this merely enlarge the problem of illegal entry? In a way. More the point, it sharpens the need for better enforcement of existing immigration laws. And the need for policies of assimilation, an old-fangled concept whose rebirth and recrudescence would go far toward smoothing down the jagged edges of immigration policy.

Those who come successfully to America need to become American as quickly and thoroughly as possible, singing "God Bless America," growing fluent in English, listening to Gershwin, revering George Washington, watching John Ford movies, memorizing "We the people of the United States, in order to form a more perfect union" and imbibing in the classroom the American ideals of liberty and justice for all.

Such a very old-fashioned program isn't likely to set Sen. Elizabeth Warren's, or ol' Sen. Bernie Sanders' heart aflutter. I hope that isn't the point. I hope the point is how to make America a true home for all who would live here, from sea to shining sea.