The Dumbing Down of the Obama Presidency 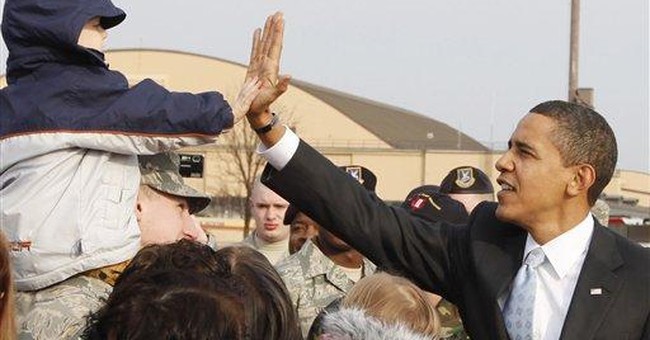 President Obama has an image problem. Granted, the sin that stained the Obama Brand was largely one of omission, not commission, but it’s something the president needs to quickly repair if the administration is to keep its momentum. To Mr. Obama, Tom Daschle was more than a cabinet pick, he was a friend and mentor. Perhaps that explains why the president was temporarily blinded by his loyalty to the former majority leader when he insisted Daschle was the right man for the job even in the wake of a similar scandal with his Treasury nominee. A loyalty that Mr. Daschle clearly did not see fit to reciprocate to his potential boss. Still today, many speculate the Senate would have confirmed Daschle. So why did the White House walk away when it did, leaving Mr. Obama to repentantly cry, “I screwed up…”?

Suspend for a moment the temptation to dwell on Tom Daschle the politico and focus instead on the process and climate surrounding Tax-gate. To the average American, Mr. Daschle, Tim Geithner, Nancy Kellifer, and any one else who cheats on his/her taxes is a thief. What would possibly lead them to believe they wouldn’t have to perform an act normal Americans confront and dutifully complete every year?? As one of my readers summed it up, “If I ever ‘forgot’ to pay over $120,000 in taxes, I would be in jail, not in the Cabinet!” Interestingly, these are individuals who believe government holds the answers to our problems today, and if we just sacrificed more of our tax dollars, we could help finance the Left’s Solution Factory.

Allowing this to fester for even a few days has caused many to question if Mr. Obama is dumbing down his integrity. It doesn’t make any sense – why allow the man who would be in charge of the government’s tax collecting agency to slip through the process, and not the others? What kind of selective ethical protocol is Mr. Obama applying here? Tom Dashcle will return to his posh lobbying career, and Tim Geithner will quietly go about his business, but the White House’s credibility is now damaged goods. That could take months to repair.

One doesn’t need to look too far back in history to learn this valuable lesson. For two consecutive election cycles, Republicans suffered humiliating losses because they couldn’t grasp the weight of their corruptive ways and the bitterness it left with voters. Obama’s team helped to blur that line last week, and today, the administration has lost the moral high ground.

The irony is the whole thing could have been avoided if the White House had spent more time focusing on the optics of Tax-gate than merely hoping it would go away. Now, the administration has boxed itself in with new, stricter parameters on what’s acceptable behavior and what isn’t, a nd all decided by someone other than the commander-in-chief. Worse still, how many other nominees are out there who could potentially compound the situation because they didn’t own up to basic problems that even a studious intern would red-flag?

These aren’t posts for the Foreign Ag Service, folks. These are the highest echelons of power. Americans expected to enter a new era of change, and with that, hope and optimism that runs straight from the Oval Office. How can we expect Mr. Obama to stay focused and positive and on message when those around him are looking for exceptions, or worse, hoping we look the other way? I’d expect these sorts of shenanigans from a President Clinton (Hillary, that is), but America voted for better. And they deserve that “better.” What is most disturbing is how many of his nominees are facing the same issue. One would think after Bill Richardson's sudden withdrawal of his name when nominated last year, that the vetting process would have become much stricter and firm in the questions being asked. It is becoming quite apparent that President's Obama's vetting process isn't working and heads need to roll sooner and not later. This President can ill afford another nomination fiasco at this stage in his less than 30 days administration.

With all that said, I’m not sure the president made the wisest move in promising “the most ethical administration ever”. Sure, a nation of laws demands and deserves no one to be above them, but no one knows how high that bar should be. Where is the metric of acceptable and unacceptable? And who sets the standard? The point here is, even if Mr. Daschle had skated close to the line, but never crossed it, it would have reflected poorly on the Obama Brand.

The best indication of dumbing down Mr. Obama’s integrity came when he awkwardly paused on the Daschle nomination. Leadership is revealed when individuals recognize mistakes and move to fix them quickly. Instead, the president tried to explain his way out of this conundrum, or at least let the Beltway punditocracy20do it for him. In Washington, when you’re explaining, you’re losing. I don’t suspect he’ll make that mistake again.