Politics and the Death of Food Innovation 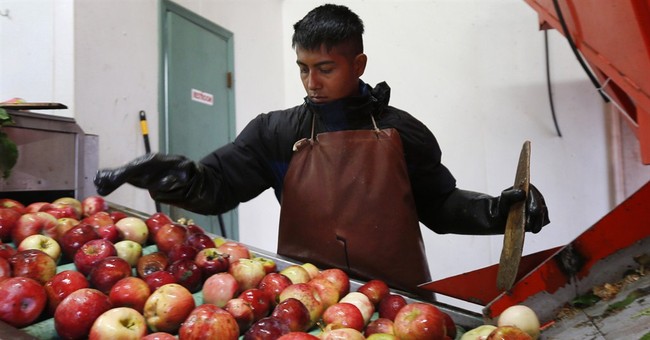 At the end of the 18th Century, English cleric Thomas Malthus surmised that, as the world’s population grew, the Earth would reach its “carrying capacity,” the number of people that could be sustained over the long term would reach critical mass, and the Earth would essentially fail. Famine would grow, and people all over the planet would starve.

Malthus’ dire predictions were wrong, of course. The Earth didn’t face mass starvation in the early 19th Century, despite the growth of population in the long-term. The reason it didn’t, like the answer to many other predictions of dire destruction, is simple: human ingenuity, the most important and powerful tool to combat societal problems, provided us with the technologies needed to produce ever-increasing amounts of food for humanity.

But in some circles, especially progressive circles, people still hold fast to the belief that Malthus was right, that the Earth does have a carrying capacity, and that as the world’s population continues to grow (with some projections estimating 10 billion people on the planet by the end of the century), we’re going to meet this carrying capacity in the very near term (these are, incidentally, the same individuals who generally argue about “peak oil” and the dire consequences for the planet if we continue to rely on the internal combustion engine).

The reality is, however, that modern hunger (a very real public policy problem in the early 21st Century) is a political problem—not an ecological or technological problem. Evan Fraser, fellow at the Pierre Trudeau Foundation and professor at the University of Guelph calculates (using global food production data) that we have the ability to feed everyone on the planet, and then some. It is political constraints preventing us from doing so. Ironically, though Malthus has been proved wrong time and again due to human ingenuity, it is these same political constraints that may ultimately make Malthus’ predictions real.

Innovation occurs when inventors grapple with some specific problem that they are trying to solve—and generally when there is some sort of market incentive or impetus driving them to solve this problem. The invention of the horseless carriage was driven by the desire to find a way to move more people a further distance in a faster time—without having to rely on the constraints of train travel in doing so (trains, of course, running on someone else’s schedule, on someone else’s route, to cities of someone else’s choosing. Automobiles represented the ultimate freedom of travel for individuals.)

But what would have happened if political leaders around the globe, concerned for how this technological explosion would impact existing industries (like the horse-drawn wagon industry), and decided to tip the scales in those industries’ favor? If they had heavily subsidized these industries? Worse, what if nations around the world had done this as a way of flooding the US transportation market with inexpensive wagons?

The answer is two-fold. First, the burgeoning US automotive industry would have withered, since the distorted marketplace would have offered favored status to wagons. Second, it would have completely disincentivized further research into automotive technology, destroying that industry’s future.

The same holds true for the global food marketplace right now—and the prospects are disturbing. Massive subsidies in foreign nations of such things as rice and sugar are fundamentally distorting the market signals that are necessary for innovation to occur. Obviously, there are problems here at home (where the scales are further tipped against American industry due to the multi-trillion dollar federal regulatory state). But with nations like Thailand and Brazil massively subsidizing their agricultural sectors, the secondary impact is that is distorts the impetus for innovation in the agri-sciences.

Then there is the impact of the regulatory state itself on innovation. As the world debates the use of genetically-modified foods in the marketplace, food companies, uncertain with what the future holds for GMOs in food, are unwilling to take a gamble that the investment in research will actually recoup some benefit to them down the road.

And it is in GMO foods that we will be able to take the next great leap forward, to feed the billions more who will come to live on our planet. Crops that can grow in a variety of formerly barren locales, to provide greater nutritive content, using fewer pesticides and herbicides.

When it comes to innovation, therefore, it is of singular importance to recognize those public policies that serve to frustrate and stifle advancement, and engage in substantial reform.

Specifically on the issue of subsidies, and the market distortions that arise from them, we need to ensure that a free market is promoted without engaging in self-destructive brinksmanship. One such solution can be found in Congressman Ted Yoho’s (R-Fla.) “Zero-for-Zero” proposal. Under this policy, America would roll back subsidies in exchange for other countries doing the same. Currently, this proposal only covers sugar but could serve as a road map for commodities of all kind.

Likewise, we need to ensure that our federal regulatory state, already more than two trillion dollars in size, doesn’t keep growing at its light-speed pace. This is a drag on our economy that is simply unsustainable, and the signals it sends to the marketplace simply stifle innovation.

It isn’t nature that will cause Malthus’ predictions to come true. It is the vagaries mankind, and the destructive politics that come from him. We can stem this now, and ensue that politics doesn’t continue to wreak havoc with people’s food supply all over the world.