Biden Wants to Give Illegals $450K 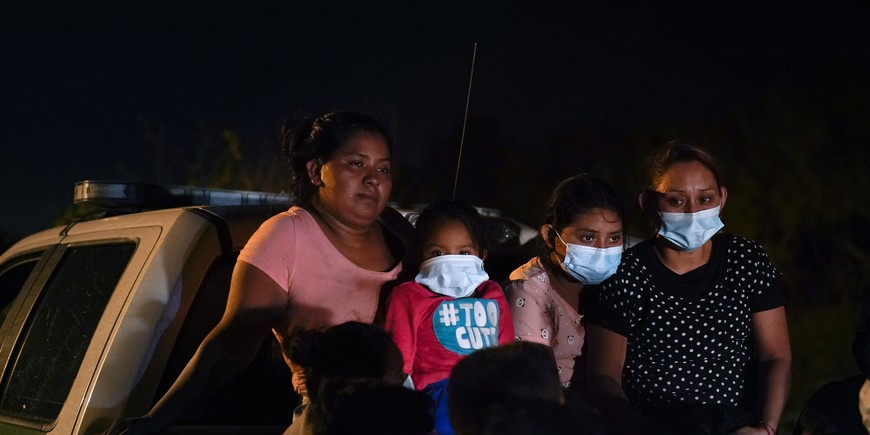 According to The Wall Street Journal, the Biden administration "is in talks to offer immigrant families that were separated during the Trump administration around $450,000 a person in compensation" to the tune of total payments totaling "$1 billion or more."

NEW: The Biden administration is in talks to offer immigrant families separated at the border during the Trump administration around $450,000 a person in compensation. W/@aviswanatha and @sgurman https://t.co/lyQvSxshFY

The U.S. Departments of Justice, Homeland Security, and Health and Human Services are considering payments that could amount to close to $1 million a family, though the final numbers could shift, the people familiar with the matter said. Most of the families that crossed the border illegally from Mexico to seek asylum in the U.S. included one parent and one child, the people said. Many families would likely get smaller payouts, depending on their circumstances, the people said.

The lump-sum payouts, according to some attorneys who spoke to The Wall Street Journal, could mean that illegal immigrants get more compensation from the Biden administration than some families of 9/11 victims received.

The potential for illegal immigrant families to receive hundreds of thousands of dollars from the federal government while Americans continue to struggle under the Biden administration's inflationary economic policy is not a great look ahead of the 2022 midterms.

Coming soon to a midterm ad near you: "The Biden administration wants to offer immigrant families that were separated during the Trump administration around $450,000 a person in compensation… What are they giving to you?"

This is enough to unhinge the most sane person:

Biden wants to pay $450,000 PER PERSON to illegal immigrant families that were separated after illegally crossing the border.

Why do they deserve ANYTHING except a one way ticket the hell out of here?

Well, that will discourage more from coming: Biden Admin in Talks to Pay Hundreds of Millions to Immigrant Families Separated at Border via wsj