Joni Ernst Weighs in on Effort to Oust Liz Cheney 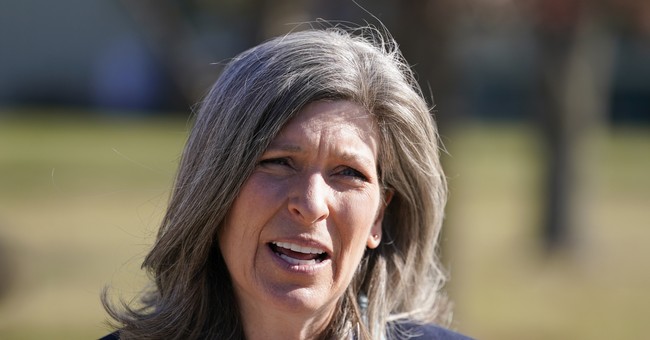 House GOP Conference Chair Liz Cheney (R-WY) is reportedly being pushed out of her leadership position in part for her criticism of former President Donald Trump. A growing number of House Republicans are growing frustrated with Cheney for speaking out against the former commander-in-chief’s claim that the 2020 general election was stolen.

Senator Joni Ernst (R-IA), the only other female in GOP congressional leadership, came to Cheney’s defense on Wednesday and also called for unity within the Republican Party.

“Any elected official should stand their ground. If you feel firmly about something, you should stand your ground. But I also believe that we need to come together as a party, recognize we have differences within the party but the goal with us should be to win seats,” Ernst told Politico. “I know Liz. I appreciate Liz so much. And she feels very strongly about her stance. And again, I know many Republicans that feel very strongly about their stance: pro-Trump, not for Trump, whatever it is. But at the end of the day we have work to get done.”

JUST IN: Joni Ernst defends LIz Cheney, calls for GOP unity: "We need to come together as a party" https://t.co/PsZ9mQ4pF2 pic.twitter.com/MpHuuBfZ9P

It’s been widely reported that House Republicans are lobbying for Rep. Elise Stefanik (R-NY) to replace Cheney in leadership. Other GOP leaders in the House including Kevin McCarthy and Steve Scalise have publicly voiced support for the effort to shake up leadership. The former president also endorsed Stefanik to replace Cheney.