Cosmological Film ‘The Principle’ Asks: Are We Significant? 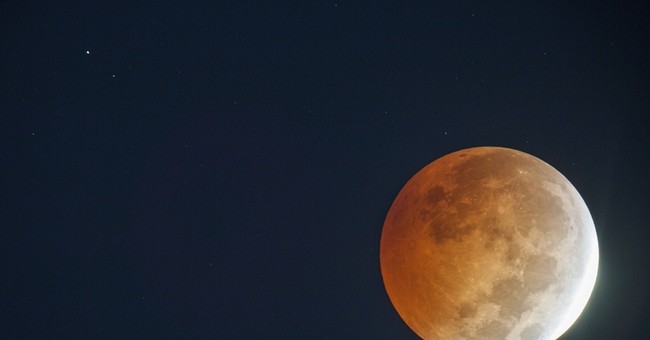 Where do we fit in the universe? Is Earth significant? These are questions the new film, “The Principle,” attempts to answer. The low budget independent movie examines the Copernican Principle, the concept that humans are not “privileged observers of the universe,” making the case that perhaps humans are a key piece in the universe’s puzzle.

Rick Delano, writer and producer of “The Principle,” says he decided to make the film five years ago after studying surveys of the cosmos.

“They were shocking and there was a great movie in that,” he told Townhall.

His is the first documentary ever produced on the Copernican Principle. Civilization, he said, has been shaped by two things: The Scriptures and science. In Genesis, he explained, we’re at the center of everything, until science suggested we weren’t. Don’t worry if you’re not an expert on the cosmos; Delano ensures that the film is condensed into these two simple stories:

“One puts us in the center, the other says we’re insignificant. Both turn out to be correct.”

The film challenges American astronomer Carl Sagan’s notion that Earth is nothing more than a “pale blue dot,” making the case that perhaps we humans do have a unique significance in the universe.

Because of the profound questions asked in “The Principle” it is being advertised as what could be the “most controversial” movie of our time. Indeed, a slew of media outlets have already attacked the film as being too geocentric, suggesting Earth is at the center of the universe. Delano responded to these attacks:

“You have to deal with [geocentrism],” he explained. “The entire world was geocentric for 1,000 years. It’s incorrect to tell me what my film is about. Those media outlets have never seen the film.”

“The Principle” will not only challenge long held scientific beliefs, but it will challenge audiences’ faith, perhaps urging them to ask, was Earth made for us?

“There’s something in the film to challenge everyone," he said. "It’s not meant to preach to any choir. It forces the audience to think and it challenges deeply held assumptions.”

“I ask them to bring their worldview, but to consider all arguments. Make up their own mind at the end. It’s a film that will cause them to question things.”

“The Principle” will be circulated by Rocky Mountain Pictures, the same distributor behind the films Obama 2016 and Expelled: No Intelligence Allowed, and will open in Chicago this weekend, followed by a national release. For more information, check out the trailer below: