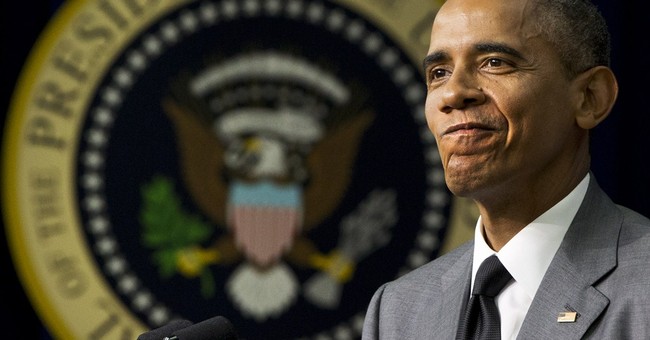 According to the Wall Street Journal, the situation on the ground in northern Iraq is so perilous that President Obama is seriously considering sending a rescue mission to save the displaced Yazidi refugees trapped on Mount Sinjar. The details of such an operation are still in their earliest stages of development (and, of course, there’s no telling whether or not the president would even sign off on such a daring operation) but such a rescue attempt, if approved, would send shockwaves through the nation for one obvious reason: it would almost certainly involve redeploying U.S. ground troops to Iraq:

The U.S. military is exploring plans for an international rescue mission to save thousands of desperate Yazidi refugees trapped by Sunni militants in a barren northern Iraqi mountain range, U.S. officials said Tuesday.

While the proposal is still under development, U.S. officials said the military is considering staging a dangerous rescue operation that could for the first time put American troops in direct confrontation with a militant group calling itself the Islamic State.

Any plan would have to be approved by President Barack Obama. U.S. officials said the rescue mission is one of many options the U.S. military is weighing after dropping food and water to dying refugees for the past six days.

"People are looking at ways to do something more than just drop water and supplies," said one senior U.S. official. "You can only do that for so long."

On Tuesday, the Pentagon said it is sending additional 100 military advisers to northern Iraq to develop options the Pentagon can present to Mr. Obama.

It’s true that humanitarian aid can only go so far. But such a proposal is also fraught with inherent dangers and difficulties. What, for example, is the U.S. supposed to do with upwards of 35,000 refugees stranded on the mountain? Many are too old (or sick) to walk to find food and water. Are U.S. forces supposed to carry them to safety? And where will they go? These are only some of the logistics our newly deployed “military advisers” will have to figure out, and soon, if such a proposal is going to succeed.

At the same time, the president finds himself in an impossible predicament: if he doesn’t sign off on a rescue mission, and ISIS slaughters more Yazidis and Christians, he will be accused of letting innocents die on his watch. If, on the other hand, he authorizes the operation and it goes south (or, God forbid, an American soldier is killed) he will be accused (especially by his base) of recklessly re-prosecuting a war he supposedly already won. There are no good options here. But perhaps the worst option would be to sit back and allow an entire sect of people to be systemically exterminated by a rabid band of Islamic extremists.

Either way, the president has an important decision to make. Tick tock.