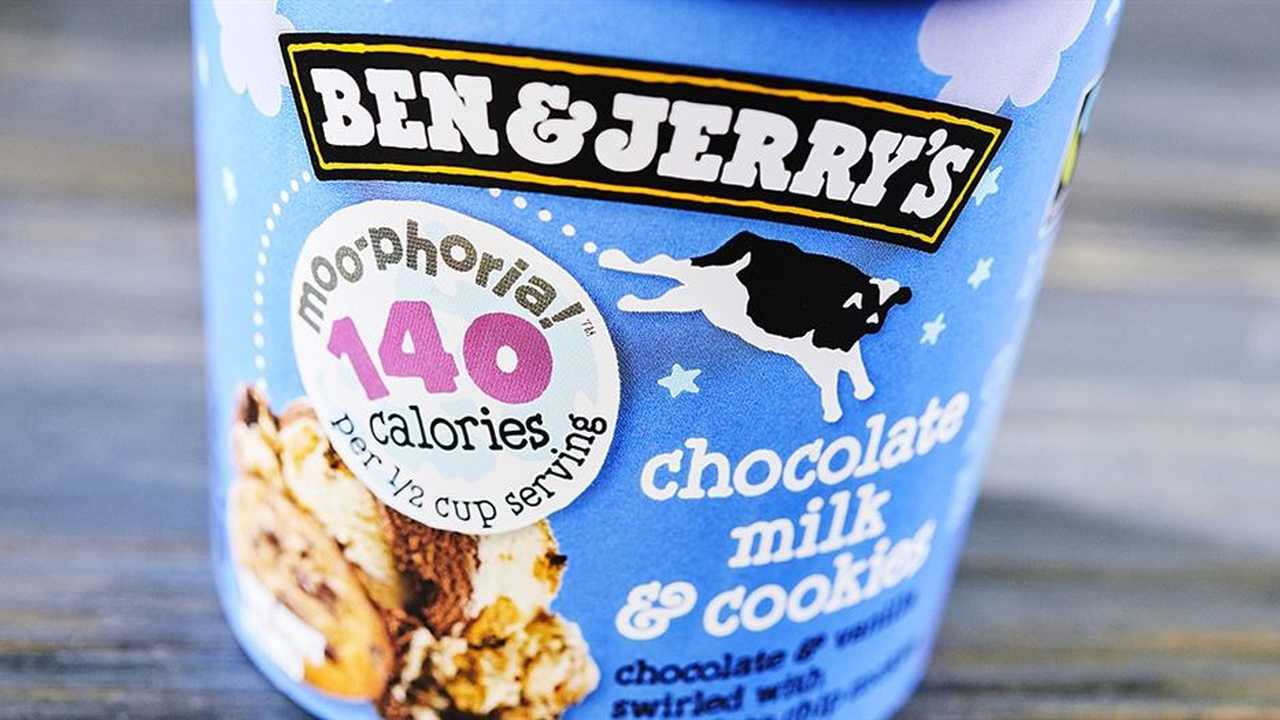 Manchester, NH - Ben Cohen and Jerry Greenfield, better known as Ben & Jerry, are Bernie bros. The famous ice cream entrepreneurs showed up in the pouring rain at the Ultimate Sports Academy on Monday for Breakfast With Bernie to introduce Sen. Bernie Sanders (D-VT) as the candidate they believe has the best chance to beat President Trump.

Cohen and Greenfield joked that they used to be the most famous faces in Vermont until Bernie showed up. But, they're happy to hand over the mantle because Sanders will be "a president of the United States who truly believes in justice in all its flavors."

"That is euphoric!" they exclaimed.

Right after this video was taken, the pair got the entire crowd fired up with the chant, "He can beat Trump!"

We caught up with Ben & Jerry after the event to ask them why Sanders is the candidate who can win the general election.

"He's the guy that's going to bring out more people to vote because people that have been sitting it out because there hasn't been anyone worth voting for are going to come out and vote for him because he's not the usual bulls***t candidate," Cohen said.

"Most people in this country are looking for a candidate that can beat Trump," Greenfield added. "And Bernie is that guy."

They weren't the only Bernie voters in the sports complex to tell us that the most important action item come November was defeating the president. Democrats are racing to touch as many voters as possible and make sure they know to get to the polls. It's all about turnout. And for the Sanders camp, they will have little trouble getting their side animated.

Greenfield said that the polls he's seeing show Sanders beating Trump in all the head-to-head matchups. That, he mused, is because Sanders "is not for sale." Greenfield explained that Sanders represents the people who fund his campaign, as opposed to all the other candidates who rely on big-dollar donations.

There is no doubt that their love for Bernie Sanders is undeniable. I mean, they've known the man for years. Everyone in this area has known who Bernie is and what he has fought for decades. This is his backyard. Yet, it's funny that some young, former mayor of South Bend, Pete Buttigieg, is, for the time being, giving Bernie a run for his money. Mayor Pete pulled away with the most delegates in Iowa, which was an unmitigated disaster of a caucus this year, though Bernie won the popular vote (During his remarks on Monday, Bernie joked that it's "eight months later" and they're still counting the votes). Both sides are declaring victory, and Mayor Pete could have a strong showing in the Granite State tomorrow. Are the ice cream titans worried that their guy could be usurped by the Doogie Howser of the Democratic Primary?

"I don't know anything about him," Greenfield said. "As I said, I look at who are the people funding different campaigns," said Jerry. "And I know the people funding Bernie's campaign. He mentioned he's had five million contributions. He's not getting any 'big money,' and a lot of the other candidates are getting contributions from Wall Street and the health insurance industry and the pharmaceutical industry."

"Follow the money, man," said Ben as the two left the event.

Indeed, follow the money—and this has been a criticism slung back at Mayor Pete, who has accepted donations from wealthy donors. Buttigieg addressed that point at his get-out-the-vote rally in Nashua yesterday, where he pretty much said if there are rich people out there who are willing to support his agenda and most of all, defeat Donald Trump, he'll take their money. They're on his side—why wouldn't he take their cash? Sanders obviously feels differently, as do Ben and Jerry.

New Hampshire voters head to the polls tomorrow for the first primary of the 2020 election.