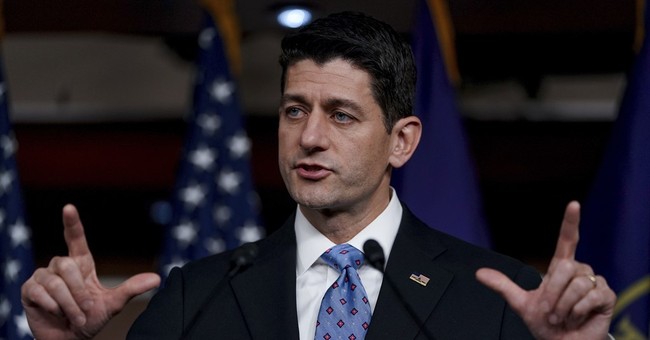 Americans for Prosperity’s Tim Phillips casually munched on his sandwich last week as he detailed the conservative fight against Obamacare. Phillips has been leading the fight against Obamacare since its inception, hosting phone banks, conducting neighborhood canvassing, executing media buys, and backing candidates who promised to roll back this regulatory nightmare. Obamacare stripped millions of their coverage, despite President Obama’s promise that “if you like your plan, you can keep it.”

It was a lie. The premiums are out of control. It’s not hyperbole when President Trump says the deductibles are so high you’d need to be hit with a Komatsu tractor to get any benefit from the plan. The monthly premiums are increasingly expensive to the point where the middle class cannot afford them. There is nothing affordable about it.

With an ear to the conservative base, Phillips said, “They’re disappointed.” The group was against the first iteration of the GOP-led American Health Care Act, which was deep-sixed by the Trump White House, a massive legislative trip-up in the first 100 days. The group has taken a neutral position on the second revision, noting improvements but still says it falls short. He seems to be fighting a multi-front war: finding and backing candidates who support Obamacare’s repeal, making sure those they have elected are keeping that promise, and reminding everyone that the GOP made an unflinching and unambiguous promise to repeal the Affordable Health Care Act. The GOP’s revival from their shellacking from the 2006 midterms and the 2008 Obama campaign was built on fighting Obamacare.

Phillips knows that the Left will be motivated to turnout for the 2018 midterms and if Republicans don’t get serious about finding a workable replacement for Obamacare, a world of hurt awaits them. Townhall asked him how would AFP and conservatives fight the simple, though effective, narrative the Left will peddle on this issue, which is the evil Republican Party taking away people’s health care. This person is taking away your stuff. It almost writes itself, and the GOP isn’t necessarily a wizard when it comes to messaging—though they made many improvements as seen during the 2014 midterms.

The key to gaining Americans’ support for the new American Health Care Act, Phillips said, is to jog their memory about just how bad Obamacare is.

“Remind Americans that Obamacare is a disaster,” Phillips said.

“Make sure they remind Americans how bad the current law is,” Phillips continued. “Doing their best to help voters who have faced higher premiums, costs, deductibles under Obamacare.”

Mr. Phillips emphasized the issue of growing deductibles, noting that if you’re making $40,000 a year and the Obamacare deductible is $2,000-3,000, that’s insurance in name only. It’s not about dollars and cents – though he stressed that’s important – it’s about how the Affordable Care Act has impacted families adversely and how the AHCA could makes things better. With Obamacare, it’s just another program, where Americans feel like they have less control over their financial futures.

Focus the argument on making better quality care for Americans, not about tax dollars.

To highlight the issues with Medicaid, in Virginia, one in four doctors are not accepting new Medicaid patients. A 2011 University of Virginia study showed that surgical patients on Medicaid are twice as likely to die that those on private insurance. On average, those who are uninsured fare better than those who enrolled in this government program. Hence, why Democratic Gov. Terry McAuliffe’s expansion provision, which has been gutted by the Republican legislature, would be nothing more than a tax hike without any improvements to care or access to care.

It was also made clear that Mr. Phillips and AFP have no problems with the mission of Medicaid, but the power is concentrated in Washington, where patients using this program cannot get services to fit their needs and doctors don’t feel like their the ones in control.

The biggest fear AFP has with this health care fight is that Republicans would become so afraid to move on anything because they’re afraid of the Left. It’s a triple whammy. The conservative base would go haywire, the Republican Party would own a shoddy bill, and the Democrats would be whipped up into a frenzy. Your allies hate you, the Democrats already hate you, but it’s much more intense, and you’ve discredited yourselves as a movement who can successfully craft and pass free-market oriented legislation. Next comes the left-wing attacks, the primary challenges from the right, and depressed turnout from the base, all of which make for a disastrous 2018 midterm season.

Mr. Phillips is still worried that the bill could become Obamacare lite. He noted the improvements, like the opt-out provision that would allow states to have a greater say determining which services they want to cover, which will help curb costs.

Again, he emphasized that it’s not dollars and cents; 20 million people are on Medicaid. But he added that it’s immoral for those who are enrolled in the program, who follow the rules and regulations, and get less in terms of care than those without insurance, and are not in better shape.

Another issue that AFP feels Republicans are on the precipice of political disaster is the border adjustment tax that will hurt small business owners and manufacturers. The tariff on imported goods will lead to higher production and transportation costs and the difference will be passed on to consumers. The organization has released reports on how the BAT would impact Wisconsin and the states in the Midwest.

Mr. Phillips sees parallels with the carbon tax then-Speaker Nancy Pelosi made her party walk the plank on in 2010, despite her knowledge that this bill was dead on arrival. This, coupled with Obamacare, led to the Tea Party wave later in the year. Right now, AFP has uncoiled town hall events, phone banks, district office visits, and neighborhood canvassing operations coordinated by the various state directors against the BAT.

Tax reform and health care will remain the high priority action items for AFP throughout the summer.

If the GOP knows what’s good for them, they will too.

“The conservative base expects them to deliver” on the promise they’ve made for four consecutive national elections with a Republican majority, Phillips said.

Editor's Note: An earlier version of this post said that AFP supported the second version of the AHCA. That is incorrect. They've taken a neutral position. The post has been updated to correct the error.