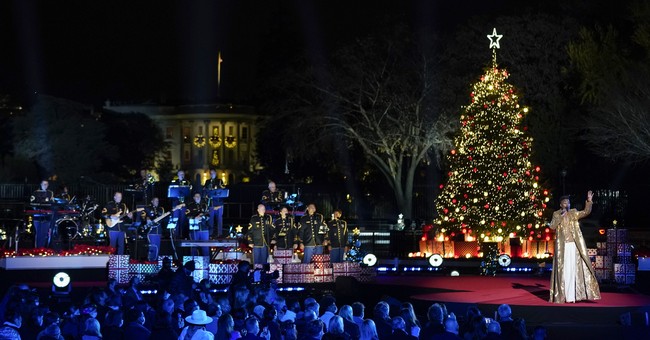 You knew she was going to get in on the fun. It seems like there is no issue, no activity, or anything that won't send liberals into a full froth "woke" seizure. They're outraged about everything, except inflation, low job creation numbers, anemic economic growth, an aggressive Russia, an equally bellicose China, and chaos on the southern border. And there is nothing more upsetting to these people than civil rights. The Second Amendment will always send liberals into a frenzy of insanity that is truly to behold, and it kicked off this Christmas season when Rep. Thomas Massie (R-KY) took a family photo where they were all proudly holding rifles. He quipped about asking Santa Claus for ammunition.

Well, due to the recent high school shooting in Oxford, Michigan, the left went nuts as if they cared about the folks in that community. These are the same people who thought it was karma that Darrell Brooks drove through a Christmas parade in Waukesha, Wisconsin, that killed six people and wounded over 40 others after the Kyle Rittenhouse verdict. The Rust Belt must pay, so hooray for Darrell Brooks was the lefty Twitter mantra. And now, these folks are all guffaw over Massie because it was insensitive to the Oxford community. Do they hate the Rust Belt or not? It's the former—but this incident carries another opportunity to push gun control, so cue those crocodile tears.

Massie probably found the reactions as entertaining as setting up for his family's Christmas photo. And Boebert decided to continue this tradition of triggering the left by posting a photo of her own:

(No spare ammo for you, though) pic.twitter.com/EnDYuXaHDF

I think this should be an annual Christmas tradition. The left already hates God and Christmas. They will never be happy. They're addicted to being miserable. Maybe we should enable that addiction by having families do this and totally stomp on these precious snowflakes' feelings. Screw them.