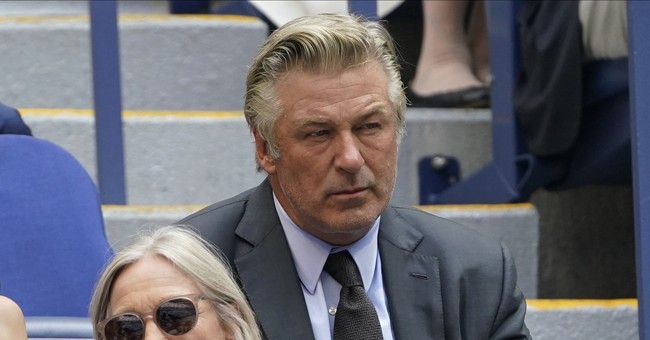 It's been a while, but the shooting on the set of the movie Rust has not gone away. In fact, it’s back in the news as Alec Baldwin, who pulled the trigger, said he…didn’t pull the trigger. The Hollywood actor has been sort of quiet, absconding to Vermont where he finally held an impromptu presser on the side of the road which was not good. Saying that the cinematographer who was killed was your friend and you took her out to dinner prior to shooting her is just not good optics. He should have kept his mouth shut. That being said, this also is Alec Baldwin who has a long and sordid history of being terrible. I don’t really feel bad for him—sorry.

The shooting occurred with a film production that’s been marred with disaster. The film crew quit on the day of the shooting; the working conditions were reportedly bad. Live ammunition was found on set as well. Baldwin was supposedly practicing with a ‘cold gun’ given to him by an assistant director. It wasn’t unloaded. Baldwin didn’t check, and disaster struck. Director Joel Souza was injured. Cinematographer Halyna Hutchins was killed.

Someone is going to jail. Something must happen. This was an entirely avoidable incident. The local authorities are not taking any legal options off the table. The local sheriff outright called it a criminal investigation.

Julio wrote yesterday that has changed, with Baldwin saying he didn’t pull the trigger:

Actor Alec Baldwin explained what happened to ABC News in his first sit-down interview about the firearm incident that resulted in the death of cinematographer Halyna Hutchins on the movie set "Rust" in October.

"It wasn't in the script for the trigger to be pulled," ABC News' George Stephanopoulos said to Baldwin.

"So, you didn't pull the trigger?" Stephanopoulos asked.

"No, no, no, I would never point a gun at anyone and pull the trigger at them, never," Baldwin told Stephanopoulos.

Obviously, someone is lying. Is Baldwin banking on the liberal media offering him an umbrella of protection? Whatever the case, even liberal lawyers, like Gloria Allred, still say that Baldwin is responsible because he’s a producer on the film. She detailed her reasons why with Dana Loesch yesterday:

Either way, you cut it--the roads lead to Mr. Baldwin. Will there be any consequences? We shall see. It takes a lot for the Left to turn on their own in these instances, and that only happens when the situation looks indefensible.