You Cannot Make This Up: France Violated Its Own Climate Change Agreement?! 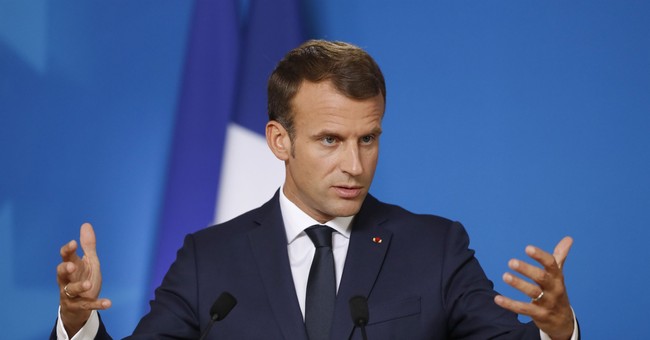 You just can’t make this up. It’s not possible. The liberal media and the Democratic Party had a conniption fit when Donald Trump withdrew from the Paris Agreement. It’s an international commitment toward fighting climate change. Yet, the French did what France has mostly done since the end of the Napoleonic era: lose. A French court recently ruled that the nation had violated its own Paris climate agreement (via CBS News):

Four environmental groups are crying victory after France was found guilty of failing to meet climate change goals it committed to in a historic accord signed in and named after its own capital city. The Administrative Tribunal in Paris ruled Wednesday that France had fallen short of its promise to reduce greenhouse gases under commitments made in the 2015 Paris Agreement, and was "responsible for ecological damage.”

While the court declared the government guilty of inaction, it rejected a claim for damages by the four NGOs that brought the suit, ordering the government to pay just one symbolic euro to them instead. The tribunal also said it would decide within two months whether to recommend any measures for the government to resolve its failure to meet its own commitments.

In January, the court called the proceedings the "first major climate trial in France."

Oxfam France was joined by Greenpeace France and two French environmental groups in bringing the case against the government. Two years ago, they organized a petition to denounce what they called "climate inaction" by the French state. In just a month they garnered two million signatures, and in March 2019 they filed the lawsuit, alleging failure to act.

In signing the Paris climate accord in December 2015, France committed to reducing its greenhouse gas emissions by 40% compared to 1990 levels by 2030, and to achieving carbon neutrality by 2050. Last year, France decided to defer that commitment.

As I saw someone on social media post, even the French have been defeated by climate change. But seriously, this is a point that the Biden White House went out of its way to declare that’s why we’ve rejoined this agreement, and now even the French aren't meeting their benchmarks. In fact, that can be said for most of the nations who signed onto this clown show. Meanwhile, the U.S. was already reducing greenhouse gas emissions before and after this agreement was hashed out. We didn’t need a piece of paper from Paris to do this. It’s just a policy to make rich coastal liberals feel good about their purchase of electric cars and that abomination called the Prius.