The Out Of Whack Non-Teaching Hiring Spike In Our Public Schools Is Costing Us How Much? 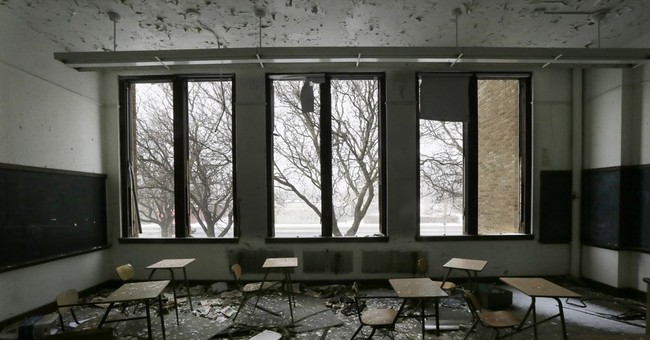 If you were a follower of trends on education, you’d notice that hiring for teachers and administrative staff has gone through the stratosphere, while student enrollment has not spiked at a commensurate rate that would justify such a hiring increase. Ben Scafidi of the Friedman Foundation For Educational Choice delved into the numbers and found waste that soared into the billions from the public school hiring spikes. He also noted that a) No Child Left Behind was not the harbinger for this increase; b) there is no evidence that kids are worse because of the hiring spike; and c) student achievement hasn’t risen; high school graduation rates are still the same as they were in 1970.

Scafidi was a guest speaker at Franklin Center’s school choice conference in Denver, Colorado in July. He broke down the numbers for most states. In his presentation he started off with the national stage, where he asked, “what if U.S. public schools had increased non-teaching staff at the same rate as its increase in students?” He found that the U.S. public school system would have $27,100,000,000 in annual savings. He takes it further asking, “what could U.S. public schools do with $27.1 billion per year?”

I could give every teacher an $8,700 raise, reduced property taxes, and give 3.4 million kids an $8,000 scholarship to private schools.

So, let’s look at Illinois, California, New Jersey, and Colorado.

California would have $1.4 billion in annual savings if its non-teaching staff had increased at the same rate as its students. That’s a $5,500 raise for every teacher, a reduction in property taxes (all savings would result in this), and an $8,000 scholarship to private schools 177,436 children.

So, as you can see, there is some tidying up to do regarding the fiscal formula for our schools. We’re wasting hundreds of millions, and in some states—billions of dollars that could be going to paying teachers more, which is something I think everyone agrees with regarding salaries for instructors. And offering tens of thousands to kids scholarships to leave failing schools. Yet, as with any subject, this one especially, the politics makes fixing a lot this cumbersome if not outright impossible given the composition of some state legislatures.