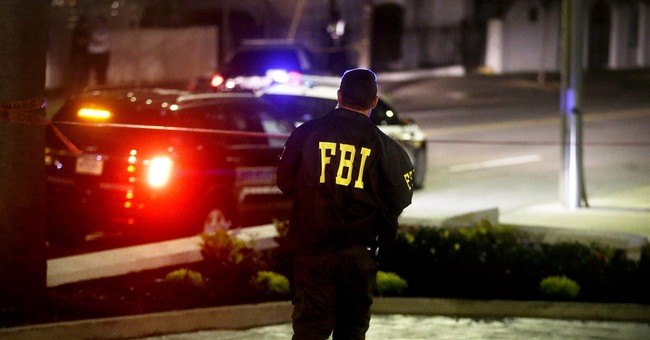 Washington D.C.’s police force will be having some company when responding to incidents of violent crime in the District–federal agents. FBI agents will be riding with D.C.’s homicide units in order to provide extra manpower, intelligence gathering capability, and access to databases in an effort to combat the city’s rising crime rate, according to the Washington Post. D.C. Police Chief Cathy Lanier and Mayor Muriel Bowser are making it known that combating these incidents of violent crime are a priority, and it was never a highly discussed topic during the latter’s campaign for mayor. For Lanier, she has to deal with a city whose homicide rate is up 46 percent from last year. That’s nothing to shrug off, but we should be somewhat relieved (in the hopes of finding any silver lining) that the District’s murder rate hasn’t come close to the high homicide rates set in the 1980s and 1990s–when D.C. was the nation’s murder capital:

Federal authorities have stepped up efforts to team with D.C. police to combat a violent crime surge in the District that include embedding FBI agents and others with detectives responding to and investigating crime scenes.

It is one in a series of initiatives designed to help police gather intelligence by increasing manpower and providing quicker access to extensive databases with the aim of uncovering potential suspects or motives.

A task force to partner federal authorities with D.C. police was established last year, but Vincent H. Cohen Jr., the acting U.S. attorney for the District, said the wave of shootings this summer created a new sense of urgency. The effort is targeting high-crime areas, focusing on the 7th Police District — which includes Anacostia, Barry Farm, Naylor Gardens and Washington Highlands — where homicides have nearly doubled this year compared with the same period last year.

“We are targeting the repeat offenders,” Cohen said in an interview this week. “We are gathering intelligence on the worst of the worst.”

In August, federal resources were deployed in Baltimore in the aftermath of the riots that erupted after the controversial arrest and death of Freddie Gray, who died while under police custody. The damage to the community, along with a police force that was placed under the microscope for misconduct after the Gray arrest, led to a spike in crime rates. Overall, we’re still much safer than we were two decades ago.