How Many Federal Laws Are There Again? 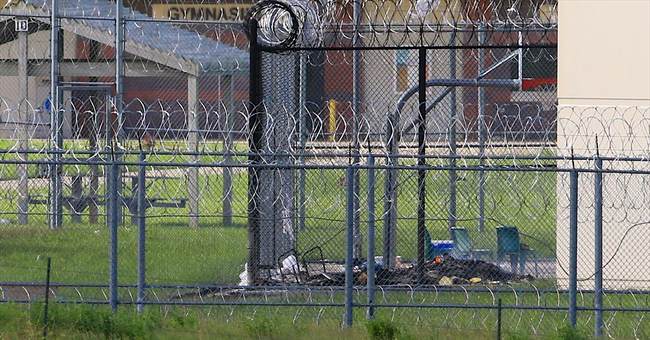 It should come to no one’s surprise that we have way too many federal laws. It’s to the point where–on average–we break at least three of them every day without ever knowing it. Conservatives may complain about out tax code–and they should–but our criminal code is also out of control.

At the recent conference on justice reform hosted by FreedomWorks in June, our criminal code was subject to a prolonged discussion regarding how outrageous it has become

There are at least 5,000 federal criminal laws, with 10,000-300,000 regulations that can be enforced criminally. In fact, our entire criminal code has become a leviathan unto itself. In 2003, there were only 4,000 offences that carried criminal penalties. By 2013, that number had grown by 21 percent to 4,850. The code has become so big, that the Congressional Research Service and the American Bar Association simply do not have enough staff to adequately categorize every law we have on the books.

The Heritage Foundation is also concerned about this growth in our criminal code, which often contains laws that are often subject to a wide array of interpretation and are vaguely written [emphasis mine]:

Many new criminal offenses also are deeply flawed. Many federal criminal laws make it possible for the government to convict someone even if he acted unknowingly or without criminal intent (that is, without what lawyers call a guilty mind, or mens rea). The unfortunate result is that people who do their best to remain law-abiding members of society can no longer be confident that they are safe from prosecution. The Heritage Foundation and the National Association of Criminal Defense Lawyers reported the results of a joint study finding that in the 109th Congress, 60 percent of new nonviolent, non-drug offenses lacked a criminal-intent requirement adequate to protect Americans who engaged in conduct that they did not know was illegal or otherwise wrongful from unjust criminal punishment.

Despite this rampant overcriminalization, Congress continues to criminalize at an average rate of one new crime for every week of every year. Practically all inherently wrongful conduct has been criminalized several times over, yet from 2000 through 2007, Congress enacted 452 new criminal offenses (which does not even count the innumerable crimes defined by agency regulation under delegations of authority from Congress). Congress must halt its overcriminalization rampage and begin to eliminate vague, overbroad criminal offenses that punish good people who violate one of the tens of thousands of federal criminal offenses without criminal intent.

There is law and order, and then there’s overcriminalization that often bars Americans from successful reentry into society. Misdemeanors, even arrests that don’t lead to a conviction, can be economically disastrous to the estimated 100 million Americans that have some sort of offense on their records. It’s also chipping away at the family structure as well. According to the Bureau of Justice Statistics, 54 percent of Americans in federal or state prison were parents to minor children.

All of this leads to abject poverty, which means the welfare rolls, which are already burdened, are subject to additional strain, though one that could be erased through reform. We’re the number one country when it comes to imprisoning our own citizens. It’s not fiscally sustainable, it’s not serving the public interest by upholding law and order–it’s just slowly chipping away at societal building blocks–like the family unit–by haphazardly adding to our onerous criminal code. There’s certainly room to reform the code, and save the taxpayers and families the grief by axing redundant or vague laws from our books.