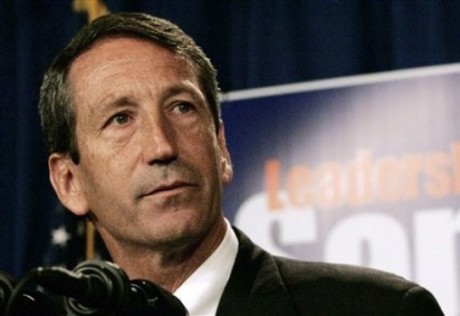 Of all the politicians I've occasionally wished would disappear, South Carolina Governor Mark Sanford is least among them.  Yet that's exactly what happened this week.  As the NY Daily News reported,

Sanford ditched his security detail on Thursday, missed Father's Day weekend with his family, and didn't show up at work Monday.

Neither his wife, nor the state's lieutenant governor, nor police officials know where he is, South Carolina newspapers reported.

To be fair, it's good for people in high-stress jobs -- even elected officials -- to enjoy some down time.  And the good news is, it turns out the governor is merely hiking the Appalachian Trail.  But the bad news is that -- as far as the public is concerned -- the governor of South Carolina essentially went missing for several days.  And that does not engender confidence in Sanford or his team.In the old days, this sort of thing might make a politician appear "colorful" or "rugged."  Today, however, it just looks erratic.  All of this, of course, could have been avoided simply by announcing he was going hiking.... Why is it that the most philosophically sound candidates always seem the most inept at managing PR?
Trending Townhall Video
Here's the Biden White House's Top Post-Midterm Agenda Item That Could Get Republican Support
Matt Vespa