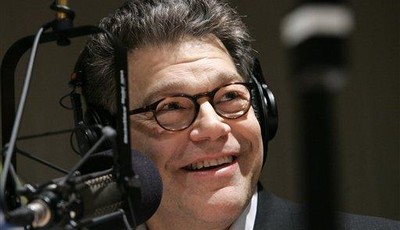 According to the Star Tribune:

DFL U.S. Senate candidate Al Franken took another blow on Thursday with news that Planned Parenthood has gone on the offensive against the comedian for a comic soft-porn piece he once wrote for Playboy magazine.

Connie Perpich, the organization's senior legislative director, said in the email that some of Franken's commentary had "gone beyond the bounds of what is appropriate for any candidate for elected office. If half these allegations are true, it is very difficult for us to foresee the Planned Parenthood of Minnesota Action Fund Board endorsing the candidacy of anyone with such extreme perspectives."

How many times have you ever seen Planned Parenthood attack a Democat?