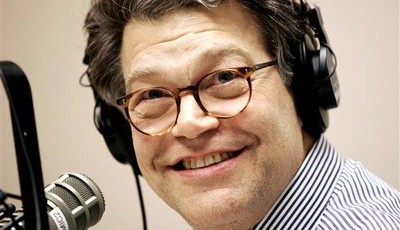 Looks like Al Franken has been hanging out with his buddies from the Left coast again.

On the heels of Franken’s admission that he neglected his company's workers, Franken was busy raising Hollywood money for his campaign against Minnesota Sen. Norm Coleman.

As a reminder about how Franken’s campaign is being propped up by Hollywood liberals, our crack research team has compiled these fundraising numbers, as of 1/1/08: