Congress and the Muppets Take on 'Big Oil' 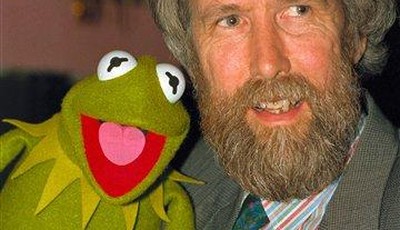 Oh noes! The Congress has decided it can command the energy economy again, bringing down oil prices with the sheer force of its ill-informed nagging.

Big Oil is once again being called on the carpet.

Senior executives of the five largest U.S. oil companies were to appear before a congressional committee Tuesday where they were likely to find frustrated lawmakers in no mood for small talk.

Ooooh, watch out.  If you need a preview of the ignorance this questioning will entail, the head of the Select Committee on Energy Independence and Global Warming (thank you, Nancy Pelosi) provides it in this very article:

Markey, chairman of the Select Committee on Energy Independence and Global Warming, said he wants to know why, with such profits, the oil industry is steadfastly fighting to keep $18 billion in tax breaks, stretched over 10 years.

He said the executives would be asked to explain how they can get energy prices down in the short run and "in the long run what are they going to do to shift the focus to a renewable energy agenda."

"We have to move beyond this oil economy," Markey said Tuesday on CBS' "The Early Show." "We have to move to a renewable energy economy. ... We can never get out of this trap as long as the oil companies want to hold us hostage to this old agenda."

One of the things that might actually encourage a move "beyond the oil economy" are high oil prices, which discourage unnecessary consumption by motorists through perfectly logical self-interest instead of government-imposed conservation mandates or whatever heavy-handed measure it is Markey wishes for. Making gas prices artificially respond to your whims makes the process of buying gas artificially painless, thereby removing all indicators for the consumer that he should have any concern at all about an oil economy.

According to publicly available data on the top 27 energy companies tracked by the EIA, the total current income taxes paid worldwide by these companies nearly doubled between 2004 and 2006, increasing from $44.8 billion to $81.5 billion.”

Third, unless there are large profits for reinvesting in very expensive alternative energy research, and a financial incentive for being involved in the energy business at all, the best chance at finding a new energy source will be crushed. The oil industry is not obligated to carry Markey and his energy dreams on its shoulders like a whipped Atlas.I guess the good news is that a potentially more informed critique of the oil industry is on its way, from the Jim Henson Company:

News has leaked out from the folks at Muppet central (The Jim Henson Company) that the next Muppet feature film will sport a story line that attacks oil companies. According to CHUD.com, the story will center around all our favorite Muppets producing a show to raise money to save their old theater. They need the money, of course, because an "evil character" is trying to buy the building so that he might tear it down to "get at the oil underneath."

If you have no stomach for either of these events, I imagine the YouTube below is a perfectly good stand-in for both:
US Marshals: We're Looking to See If the January 6 Defendants Are Being Deliberately Mistreated
Matt Vespa