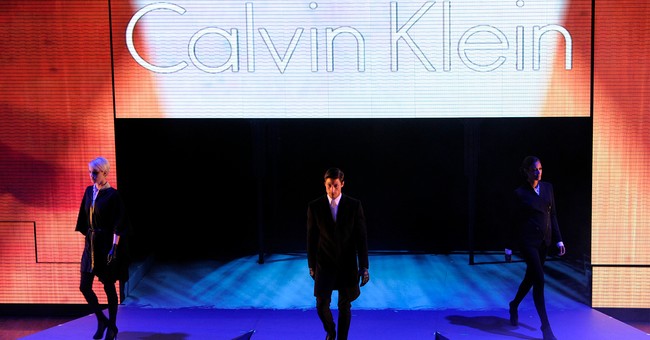 On Mother’s Day, lifestyle brand Calvin Klein posted a series of photos commemorating the holiday, one which included a pregnant transgender “man.”

“Today, in support of women and mothers all over the world, we’re spotlighting the realities of new families,” the caption on the photo read.

“ @erikafeeh and @roberto_bete are expecting parents from Brazil. Roberto is due to give birth to his and Erika’s son Noah any day now.”

While some comments were supportive of the post, many users pointed out that they felt “confused” and that the company was virtue signaling. Other users wrote they would never purchase products from the brand again and that they would see more of its products on the discount racks at off-price retailers.

We have a huge baby formula shortage! The Left says men are the root of all problems, so it's only fair to blame pregnant men right? I wonder what Calvin Klein has to say about this. #calvinklein pic.twitter.com/cReKkxxikt

The brand shared a statement shortly after.

“We embrace this platform as an inclusive and respectful environment for individualism and self-expression. At Calvin Klein, we tolerate everything except intolerance— any intolerant commentary will be removed, and any accounts issuing hateful statements may be blocked,” the company wrote. “We look forward to continuing a positive and inclusive dialogue in partnership with our community.”