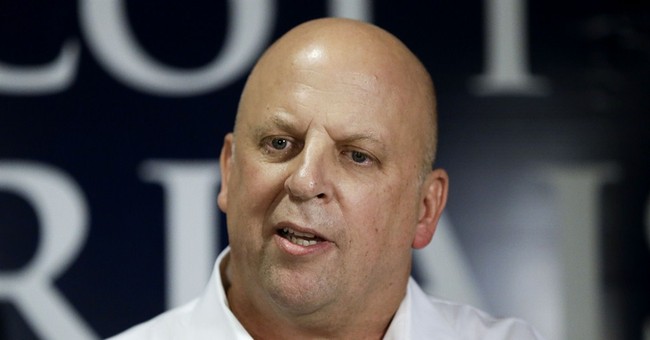 On Wednesday, a Republican House member published a letter sent to the Department of Homeland Security inquiring about what steps are being taken to vet Afghan nationals entering the United States.

The letter, dated September 2, was shared via Twitter by Rep. Scott DesJarlais (R-TN) on Wednesday. DeJarlais, along with 13 other cosigners, addressed DHS Secretary Alejandro Mayorkas to probe what practices are in place to ensure all Afghan nationals entering the United States have been fully vetted. Included in the letter were recent reports that raised concerns on the adequacy of the DHS’s vetting process.

With the Biden administration’s rushed exit from Afghanistan, there are serious questions as to whether or not potential terrorists slipped through the cracks.

It is imperative for the safety of every American that we ensure no terrorists enter our country. (2/2)

“The hurried evacuation of more than 100,000 Afghan nationals over the past several weeks raises serious concerns about the adequacy of the vetting that has been done on those evacuees,” the letter opens.

“We have all watched the chaotic scenes play out in Afghanistan over the past several weeks as the United States government worked to evacuate U.S. citizens and our allies from Afghanistan as part of President Biden’s poorly planned withdrawal of U.S. military forces from the country,” the letter continues. “Watching the videos and hearing the first-hand accounts from those on the ground raise serious questions about the evacuation operation and the vetting of evacuees. There have been multiple reports of individuals with criminal records or potential ties to terrorist organizations being evacuated from Afghanistan.”

The letter cites two examples of Afghan nationals who “slipped through the cracks,” as DesJarlais stated in his tweet. “The Washington Times has reported that an individual who was ‘convicted of rape and reported from the U.S. was allowed to board an Afghan evacuation flights and reach America.’ And according to multiple media accounts, a U.S. government official warned that as many as 100 Afghan evacuees flown out of Afghanistan are on government watch lists.”

These examples emphasize a similar claim made by Rep. Tony Gonzales (R-TX) who, as we reported, stated in a video shared to Twitter last month that individuals on terrorist watch lists have been captured at the southern border trying to enter the U.S. In the video, Gonzales said “people on the terrorist watch list have already been captured, have already been caught, trying to come through the southern border. This isn’t a ‘it could possibly happen’ given a doomsday approach...This is real. This is already happening.”

The letter concludes with demands for the DHS to provide copies of all the guidance distributed to their employees regarding the vetting of Afghan nationals entering the United States. “These reports are extremely troubling,” the letter reads. “We also request that you provide copies of all guidance that has been distributed to DHS employees regarding the vetting of evacuees and the process for considering and granting parole requests by Afghan nationals.”