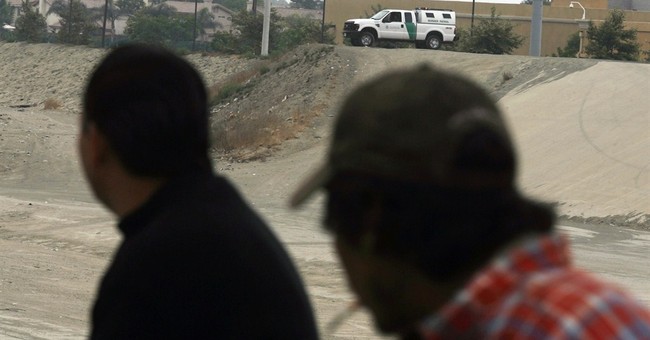 Near the U.S.-Mexico border, the federal government has posted signs warning passersby that the area they are in is not safe, as they’re entering an “active drug and human smuggling area.” Sheriffs in Arizona even admit that parts of the state are in fact controlled by Mexican drug cartels.

But the dangerous problems associated with the cartels—drug and human trafficking, kidnapping, prostitution, violence, money laundering—are now reaching places in the United States far beyond the Border States.

“If we fail to secure our borders, then every sheriff in America will become a border sheriff,” said Sam Page, sheriff of Rockingham County, N.C., reports the Washington Times. “We’re only a two-day drive from the border and have already seen the death and violence that illegal crossings brings into our community.”

In Sheriff Page’s county, cartels have set up one of their drug warehouses very close to his home, and they’ve got even more firepower than he does. “I’m literally outgunned,” he says.

The sheriff in North Carolina was one of several from across the country attending Hold Their Feet to the Fire, an annual two-day radio confab in Washington organized by the Federation for American Immigration Reform.

Rusty Fleming, a spokesman for the Hudspeth County Sheriff’s Office in Texas, is on the front lines of the border battle and said the U.S. side is losing.

“These cartels are so sophisticated. They’re getting affluent white teenagers to help them encrypt their software; they do digital money-laundering, can hack into government databases and actively recruit our agents to keep one step ahead. The rest of America is just now getting a taste of what we’ve been dealing with for years,” Mr. Fleming said.

He estimates that cartels have infiltrated more than 3,000 U.S. cities and are recruiting local gangs, former prisoners and teenagers to do their dirty work.

“There’s no doubt they’re spreading themselves very rapidly and very deep into our U.S. interior,” said Mr. Fleming, who directed the documentary “Drug Wars” and has testified before Congress about the drug trade.

Sheriff Chuck Jenkins of Frederick County, Maryland believes the battle to fight illegal immigration and the infiltration of drug cartels cannot be fought by the federal government alone. “Every state and law enforcement officer needs to be able to enforce immigration laws to be effective," he says.

Since entering into an agreement with U.S. Immigrations and Customs Enforcement in early 2008, the Frederick County Sheriff’s Office has detained 1,250 illegal immigrants, 50 of whom have had connections to Mexican drug cartels and organized crime, Sheriff Jenkins said.

“The success of the program is not in the numbers; it’s who is actually getting arrested,” the sheriff said. “Do I want Mexican gang members on the streets of Frederick County? Hell no.”

He noted that the county recently deported to Colombia a convicted pedophile who was in the U.S. illegally.

“This program works, but there’s such a political fallout from using it, many county sheriffs won’t,” Sheriff Jenkins said.

Fleming believes tougher measures need are needed going forward, however. “We have a saying on the border,” he says, “If it gets by us today, it’s going to be your problem tomorrow.’”