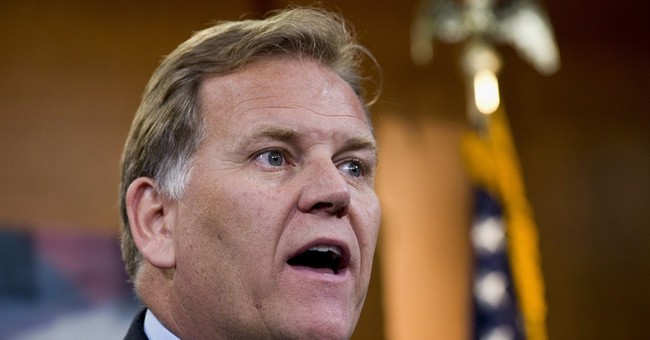 Reactions to the Iranian nuclear deal that President Obama hailed as an “important first step toward a comprehensive solution” have been mixed, to say the least. Israeli Prime Minister Benjamin Netanyahu has perhaps been most outspoken against the deal, calling it a “historic mistake” and saying that by “lifting the pressure, this “first step” might be the last step." Shortly after the deal was announced last night he also reminded America:

And today, his account has been ‘Tweet blasting’ excerpts from his statement on the deal, which according to an official from Netanyahu’s office, “gives Iran exactly what it wanted—a significant reduction of sanctions while preserving the most significant part of its nuclear program.”

But Netanyahu is not the only one to criticize the deal—there’s also bipartisan concern in Congress:

Rep. Ed Royce (R-Calif.), the chairman of the [House Foreign Affairs Committee], said that the economic sanctions against Iran were clearly working and should be intensified until Iran agreed to give up its nuclear program.

“Until they do that, they’re still on the road to having the capability for undetectable nuclear weapons break out,” Royce said on CNN’s “State of the Union.”

“And that’s the bottom line: We just feel more pressure needs to be brought on Iran, rather than to make this deal and take the pressure off.”

Rep. Eliot Engel (N.Y.), the committee’s top Democrat, said Congress needed to do what it could to make the deal work. But Engel was also clearly disappointed that the deal didn’t explicitly bar Iran from enriching uranium, and said that sanctions would still have to be on the table.

“I don’t think you make them bargain in good faith by going squishy,” Engel said.

Rep. Mike Rogers (R-Mich.) said that the agreement, which gives limited relief from sanctions against Iran, softened the one policy that was pressuring Tehran.

“We may have just encouraged more violence in the future than we have stopped,” Rogers said on CNN's "State of the Union."

“My greatest concerns are seeing follow-through,” Tennessee Sen. Bob Corker, the top Republican on the Senate Foreign Relations Committee, told “Fox News Sunday.” “This administration is very big on announcements and less so on following through. [Iran] is spiking the ball in the end zone.”

He also repeatedly said he didn’t want the interim deal to “become the norm.”

Corker was joined on the show by Sen. Ben Cardin, D-Md., also a member of the chamber’s foreign relations committee.

“We are very concerned as to whether Iran will live up to these agreements,” Cardin said. “Congress needs to be prepared.”

Both suggested that Capitol Hill is prepared to reinstate sanctions that have been lifted in the deal and impose new ones.

“By allowing the Iranian regime to retain a sizable nuclear infrastructure, this agreement makes a nuclear Iran more likely. There is now an even more urgent need for Congress to increase sanctions until Iran completely abandons its enrichment and reprocessing capabilities.”

"This agreement shows other rogue states that wish to go nuclear that you can obfuscate, cheat, and lie for a decade, and eventually the United States will tire and drop key demands. Iran will likely use this agreement - and any that follows that does not require any real concessions - to obtain a nuclear weapons capability.”

The nuclear deal, as Foreign Policy notes, “represents the biggest gamble of President Barack Obama's presidency, and the success or failure of that bet will have serious repercussions for the administration's standing on Capitol Hill, Washington's relationships with Israel and other Middle Eastern allies, and the national security of the United States itself.”