Kyle Rittenhouse Says He 'Never Would Have Voted for Joe Biden' 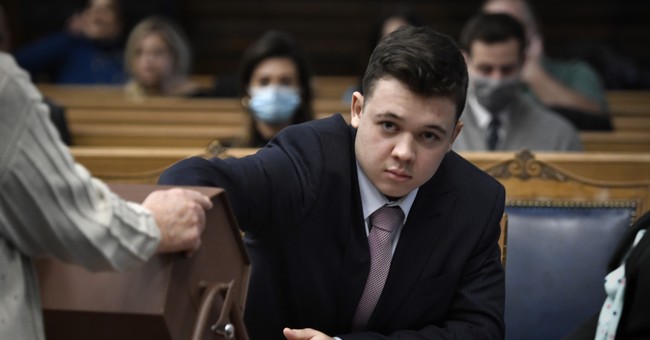 In an interview Tuesday, Kyle Rittenhouse, who last year was acquitted of all charges for the August 2020 shootings in Kenosha, Wisconsin in which he killed two men and injured a third, slammed President Joe Biden and other critics who labeled him a racist ahead of his murder trial.

Rittenhouse told host Candace Owens of The Daily Wire during an episode of "Candace" that he initially did not realize how big of a story his case would become until he saw that the members of the media were claiming that he was a racist.

"I didn't realize how big the case actually was until like a few months later, because I wasn't focused on that," he said. "I was just like, 'why is this happening?' I defended myself and I was there to help people and then I noticed all these false media narratives coming out calling me a white supremacist, a vigilante and those just aren't true."

Asked about his thoughts about being called a white supremacist despite the men he shot all being white, Rittenhouse pointed out that his case had nothing to do with race and everything to do with the right to self-defense.

He further noted his community's response to the case, saying that none of his friends turned their back on him because they "knew who I was as a person."

Rittenhouse also addressed a September 2020 campaign video shared to Twitter by then-candidate Biden suggesting that the teenager was a white supremacist. Biden said in the tweet following a presidential debate that then-President Donald Trump "refused to disavow white supremacists on the debate stage" and included a video that featured a photo of Rittenhouse.

"He was wrong," Rittenhouse said of Biden implying he was a white supremacist. "And a lot of people were like, 'oh, Kyle would have voted for Joe Biden,' which is wrong. I would never vote for Joe Biden."

The 19-year-old pointed out that, had he been eligible to vote in the 2020 election, he would have voted for Trump because the 45th president "supported me from the beginning."

Rittenhouse also said there was "going to be some accountability" when asked about potential action against celebrities who spewed lies about him and his case.

"The media, the government, the prosecutors, they lied and they tried to put me in prison for life, but they were wrong and they weren't able to do that," he said, adding that "accountability is coming."

"I want to make sure that the gun is destroyed," Rittenhouse explained.