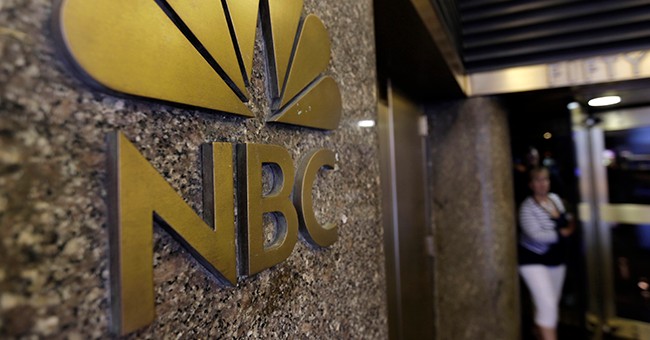 MSNBC columnist Dean Obeidallah wrote a column asking readers to demand their cable providers offer a package that excludes Fox News because merely having the network as part of a cable package helps fund the outlet and thus, pays the salaries of network personalities like Tucker Carlson, who he attempted to link to white nationalism multiple times throughout the article.

"Did you know that if you have a cable subscription, you are literally helping pay Carlson’s salary so he can spew his despicable white nationalism — along with his recent lies suggesting that the Jan. 6 was a 'false flag' operation?" Obeidallah wrote in the Tuesday column, entitled "Tucker Carlson's Fox News host salary is bankrolled by you," before claiming that the network spews "misleading information" about COVID-19 vaccines and spreads "conspiracies" regarding the 2020 election.

The piece added that 3 million of the 65 million cable-connected American households are "forced" to pay for Fox News.

And while Obeidallah's employer, MSNBC, is also a cable network that would be affected if TV providers did allow consumers to nix certain channels from their cable package, the columnist argued that only Fox News should be subject to this desired change of theirs because liberal news outlets charge providers smaller fees, because their respective audiences are only a fraction of Fox News'.

"It’s infuriating that on some level you and I are complicit in the toxic fodder being peddled on Fox News by helping fund its content," the column read. "There’s a straight line between the high subscriber fees we are mandated to pay and the content Fox News airs. Because Fox News reaps nearly $2 billion in revenue from its carriage fees, the outlet is in essence immunized from advertiser boycotts that could help us rein in its vileness."

According to Nielsen Media Research, MSNBC only averaged 680,000 in total day viewers during the month of October compared to 1.4 million for Fox News. And in primetime, MSNBC averaged just 1.2 million views while Fox News garnered an average of 2.3 million.

A group dedicated to boycotting Fox News, TrueUSA, shared the MSNBC article along with words of support.

We don’t have to fund Fox News’ hate! Demand your cable co unbundle Fox and check out our options for those ready to cut the cord. #UnFoxAmerica https://t.co/3krbvQxbL6 https://t.co/FgXj5ukNJj

The columnist, who made clear they support people having the freedom to watch Fox News if they wish, further proposed that cable companies offer the network to consumers the same way they offer HBO and Showtime, which costs viewers an additional fee on top of their basic cable package.

"If you want Fox News, then you should pay a monthly fee to watch it like you do with HBO," the column read. "The rest of us who don’t want to subscribe to Fox News should not be forced to pay a premium fee for a channel we want nothing to do with."

Obeidallah concluded his column by again calling on readers to demand their cable companies put an end to the inclusion of Fox News in their cable packages. He noted that he had already been told by his provider that it does not offer such a package but he also pointed out that cable operators may look to cater to his demands if more people join him in making the request because the number of American households with cable has dipped by nearly 18 million since 2018.

"I will continue to encourage people to pressure cable companies to offer us packages where we don’t pay for Fox News. But if that fails, I will drop my cable subscription," Obeidallah wrote. "Because I refuse to fund a channel spreading bigotry and undermining our democracy."

"This is about using our wallets to have an impact on issues that matter," he continued. "If you are fine with funding Tucker Carlson and the toxic vileness served up by Fox, then do nothing. But if you want to change it, call your cable company today and demand your freedom from Fox News. The more of us who call, the better the chance we get our freedom."