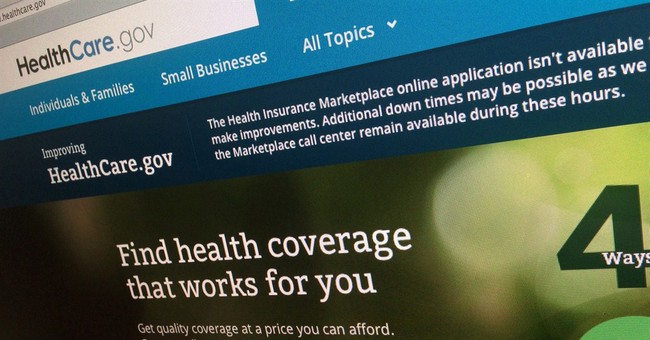 Medicare spokeswoman Julie Bataille confirmed that the agency believes about 10 percent of the health law's enrollment files -- known in insurance-speak as 834 transmissions -- have some kind of error.

That's down from the 25% that HHS officials have acknowledged were occurring in October and November. Here's the kicker: nobody can identify if an individual who applied for or received insurance had an error. So every single application from October and November - and likely December - will need to be confirmed by the applicant with the insurance company to make sure they've actually got insurance coverage:

A spokesman for the Centers for Medicare and Medicaid Services on Friday suggested that the only way those who enrolled in October and November can be sure they will be covered in January is by paying their insurance bill and contacting their insurer to confirm their standing.

On the plus side, it's unlikely very many people up to this point have actually applied for coverage due to the buggy website. The Obama Administration still has not released the numbers of people who have applied and submit payment through the website, so we're unsure of who this affects. But at the moment, every single applicant is going to have to confirm that the insurance that they thought they bought - mandated to be purchased by the federal government - has actually been obtained.