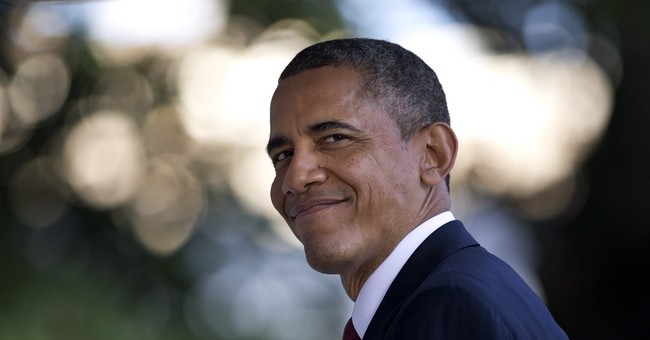 While Congress investigates the Obama Administration's actions during the Benghazi terrorist attack this week, President Obama will be leaving town to promote his "jobs" agenda in what the Associated Press dubs "a series of day trips."

The White House says President Barack Obama's trip to Austin, Texas, on Thursday will kick off a series of day trips aimed at highlighting his proposals on jobs and the economy.

While in Texas, Obama will visit a technical high school and meet with entrepreneurs. He'll also drop in on a tech company and talk with blue-collar workers.

The trip shows Obama wants to keep Americans focused on his economic proposals even while Congress is busy with an immigration overhaul and confirmation for Obama's second-term Cabinet nominees.

Despite the fact that the Obama White House continues to condemn the spending cuts of sequestration as economically devastating, President Obama will reportedly "travel every few weeks" in order to promote his economic agenda.

Austin seems an unlikely place to make a jobs pitch - their economy is doing well, as The Hill reported that unemployment dropped by 9% in Obama's first term, spurred by businesses like Apple and General Motors moving jobs there. Nonetheless, Obama will urge the residents in Austin that tens of billions of dollars need to be spent by the federal government to boost the economy - and he will continue his pitch to hike the minimum wage.