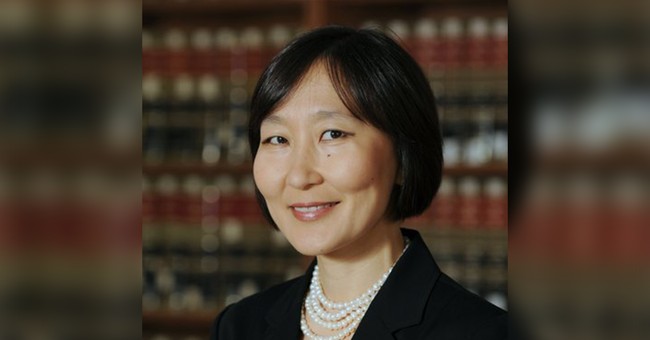 "Unfortunately, from the very beginning of her nomination, Saule was subjected to inappropriate personal attacks that were far beyond the pale. I am thankful to Chairman Brown for giving her a fair hearing and the opportunity to demonstrate her qualification," Biden released in a statement. "The Office of the Comptroller of the Currency is a critical agency, supervising and regulating about 1,200 national banks in the federal banking system.  I will continue to work to find a nominee for this position, and plan to make an announcement at a future date."

The New York Times followed up with their own headline, which falsely stated Republicans opposed her nomination because of where she was born.

Saule Omarova, a Cornell Law professor whom President Biden picked for a key banking regulator job, is withdrawing from consideration for the post. Bank lobbyists and Republicans painted her as a communist because she was born in the Soviet Union. https://t.co/90ShBjM5WX

Omarova was not "personally attacked" and her nomination didn't fail because she was born in the Soviet Union. Opposition to her nomination was bipartisan.

During her confirmation hearing, Omarova was asked a number of questions about her own statements calling for the bankrupting of the oil and gas industries. In addition and given she would have been in charge of regulating banks across the country, a number of Democrat Senators took issue with her view the federal government should eliminate private, individual checking accounts and ration funds to Americans through the Federal Reserve.

Based on how this confirmation hearing is going so far, Biden's communist nominee for Comptroller of the Currency is going down in flames.

"We want them to go bankrupt if we want to tackle climate change." pic.twitter.com/luMR2HEMK9

Further, Omarova failed to produce a copy of her college thesis titled, "Karl Marx’s Economic Analysis and the Theory of Revolution in The Capital," for Senators to review.