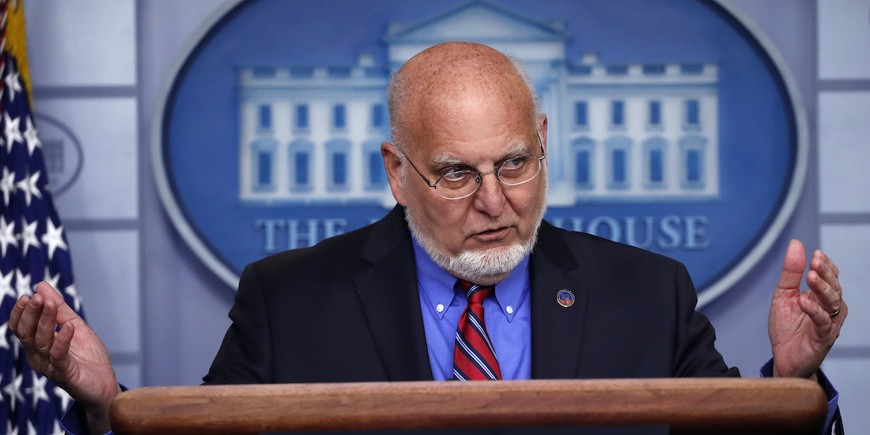 Speaking during an interview with Fox News Monday afternoon, former Centers for Disease Control and Prevention Director Robert Redfield said that more than 40 percent of people who have recently died from Wuhan coronavirus in Maryland were fully vaccinated.

"A lot of times people may feel it's a rare event that fully vaccinated people die. I happen to be the senior advisor to Governor Hogan in the state of Maryland. In the last 6-8 weeks, more than 40 percent of people who died in Maryland were fully vaccinated," Redfield said, responding to the death of former Secretary of State Colin Powell.

At the time of his death from virus complications, Powell was also fighting a blood cancer that lowers the ability to stave off infection. According to the Maryland Department of Health, 65.7 percent of adults in the state are fully vaccinated.

Former CDC Director Robert Redfield, now senior advisor to Governor Hogan in MD- "In the last 6-8 weeks, more than 40% of the people who died in Maryland were fully vaccinated" pic.twitter.com/sBO2mwnc5p

Dr. Robert Redfield just told @MarthaMacCallum on @Foxnews that 40% of the recent Covid deaths in the state of Maryland were among people who are fully vaccinated. Redfield says this under scores the importance of maintaining a high level of immunity.

Redfield served as CDC director under President Donald Trump and currently works as an advisor for Maryland's Republican Governor Larry Hogan. His comments come as the Biden administration continues to push for booster shots and while the Food and Drug Administration works to approve mixing boosters from different companies.

From The Wall Street Journal:

The Food and Drug Administration is moving to soon allow people to receive booster shots that are different from their first Covid-19 vaccine doses, people familiar with the matter said.

The FDA won’t recommend any booster over the others but will permit people to get a booster shot that is different from the shot they first received, one of the people familiar with the matter said.