Secretary Blinken Reminds the UN Not to Give Aid to Terrorists 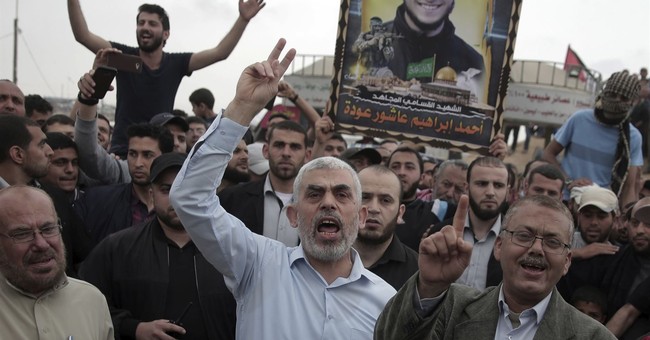 As the United States is set to give an additional $75 million in aid to the Gaza Strip through the United Nations, Secretary of State Antony Blinken is reminding the International body not to give it to Iranian backed Hamas terrorists.

Blinken's warning comes shortly after the White House announced they plan to use American tax dollars to "rebuild Gaza" after it started a war with Israel and fired 4000 rockets at civilian targets.

"There’s a recognition we need to continue to discuss and have conversations with our key partners in the region, who played an instrumental role in getting to the point we reached last Thursday, and also to discuss the path forward on rebuilding Gaza," White House Press Secretary Jen Psaki recently said. "And as you noted, Mike, we know that won’t be easy, in part because we want to prevent funding from going to Hamas."

While the West lines up to write "relief" checks, Hamas leader Yahya Sinwar is boasting about endless support from Iran.

"We have our own funds. We have our own income. We don't need to take any of the money from the fundings that come for reconstruction. In this case I'd also like to say we need to thank the Islamic Republic of Iran which also has not stopped at any point of assisting Hamas and other Palestinian factions with money and arms, with experience and support," Sinwar said during a press conference this week in Gaza. "They were with us. Really although they weren't present in person, they were with us. Through that capability that they gave us, we were able to hit the enemy and terrorize the enemy."