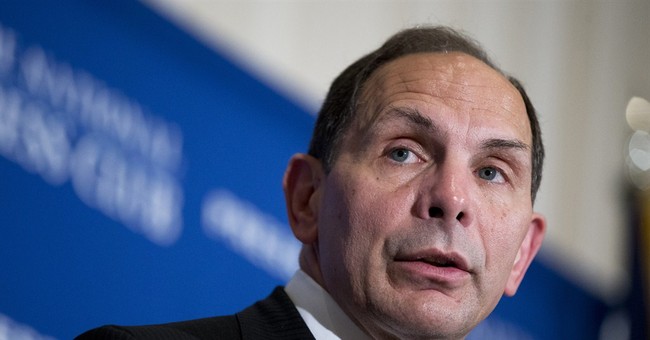 Earlier this year we learned the VA suicide hotline, which is supposed to serve as a crucial, last ditch resource for veterans in dire need, often times goes unanswered and straight to voicemail.

Now a new report from PBS shows up to a third of all veteran calls to the suicide hotline go unanswered due to VA employees leaving their posts and obligations early, once again proving the careless culture at the VA remains after two years of scandal and embarrassment.

More than one-third of calls to a suicide hotline for troubled veterans are not being answered by front-line staffers because of poor work habits and other problems at the Department of Veterans Affairs, according to the hotline’s former director.

Some hotline workers handle fewer than five calls per day and leave before their shifts end, even as crisis calls have increased sharply in recent years, said Greg Hughes, the former director of the VA’s Veterans Crisis Line. Hughes said in an internal email that some crisis line staffers “spend very little time on the phone or engaged in assigned productive activity.” Coverage at the crisis line suffers “because we have staff who routinely request to leave early,” he said.

According to the VA's own numbers, 20 veterans per day commit suicide.

Roughly 20 veterans a day commit suicide nationwide, according to new data from the Department of Veterans Affairs — a figure that dispels the often quoted, but problematic, “22 a day” estimate yet solidifies the disturbing mental health crisis the number implied.

In 2014, the latest year available, more than 7,400 veterans took their own lives, accounting for 18 percent of all suicides in America. Veterans make up less than 9 percent of the U.S. population.