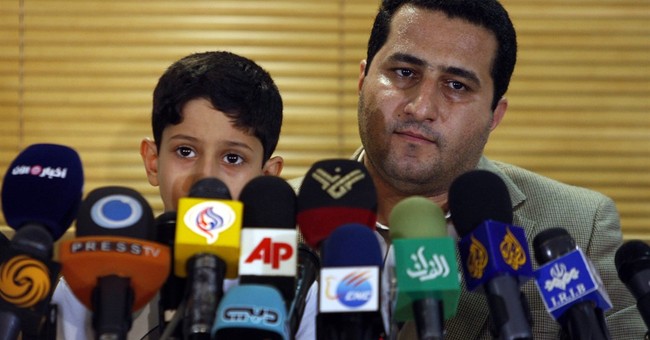 Over the weekend the Iranian regime executed Shahram Amiri, an Iranian nuclear scientist convicted of spying on behalf of the United States.

Iran executed a nuclear scientist convicted of spying for the United States, an official said Sunday, acknowledging for the first time that the nation secretly detained and tried a man who was once heralded as a hero.

Shahram Amiri defected to the U.S. at the height of Western efforts to thwart Iran's nuclear program. When he returned in 2010, he was welcomed with flowers by government leaders and even went on the Iranian talk-show circuit. Then he mysteriously disappeared.


How Amiri was exposed as a spy is still unclear, especially since he was praised by the Iranian government just a few years ago, but according to Arkansas Senator Tom Cotton his name was mentioned multiple times in emails by former Secretary of State Hillary Clinton on her private, unsecured email server.

"I’m not going to comment on what he may or may not have done for the United States government, but in the emails that were on Hillary Clinton’s private server, there were conversations among her senior advisers about this gentleman,” Cotton said during an interview on CBS News' Face The Nation Sunday morning.

In July when FBI Director James Comey announced charges would not be brought against Clinton for storing top secret, classified information on a private email server, which put the lives of human intelligence sources around the world at serious risk, he said although the FBI couldn't find evidence of a hack on the server, it would be difficult to tell if there had been a breach by professional and bad state actors. Essentially, he heavily implied a hack was likely to have occurred based on the extreme lack of security on Clinton's private email server.

Correction: A previous version of this post stated Senator Cotton as from Kentucky. That is incorrect. He is the Senator from Arkansas. Apologies for the error.