Get Ready For The Hillary Campaign Bloodbath After New Hampshire Loss 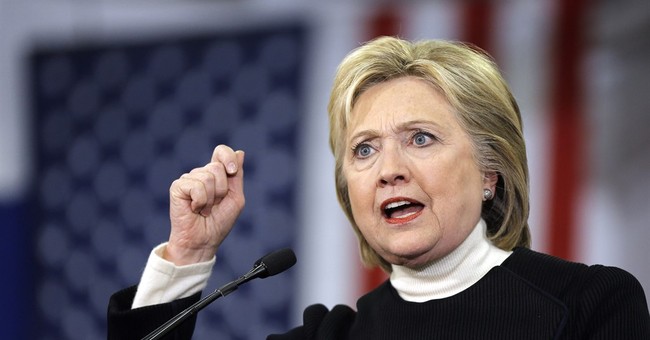 Late last week it was rumored a Clinton campaign slim down was on its way.

Hillary and Bill Clinton are so dissatisfied with their campaign’s messaging and digital operations they are considering staffing and strategy changes after what’s expected to be a loss in Tuesday’s primary in New Hampshire, according to a half-dozen people with direct knowledge of the situation.

The Clinton campaign, and Hillary herself, refuted the rumor but admitted campaign staff was being evaluated as she moves into South Carolina.

"I have no idea what they're talking about or who they are talking to," Clinton said of the Politico report. "We're going to take stock, but it's going to be the campaign that I've got. I'm very confident in the people that I have. I'm very committed to them, they're committed to doing the best we can."

There is zero truth to what you may be reading. It's wrong. Hillary stands behind her team, period.

But after last night's annihilation and humiliation from socialist Bernie Sanders in New Hampshire, you can bet a serious campaign shakeup is on its way. Not only did Clinton lose women in the Granite State, she lost every demographic of voters outside senior citizens. Further according to exit polling, on the issue of being honest and trustworthy, Sanders destroyed Clinton 95 percent to three. It was very ugly.

Don't be surprised if current members of communications staff go first and be on the lookout for campaign surrogates like Madeline Albright to be pulled off the campaign trail...permanently.

You can see all New Hampshire primary results here.