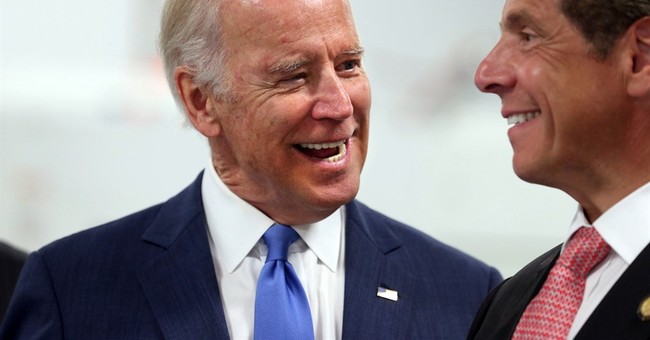 Apparently Vice President Joe Biden, who is reportedly readying a campaign against Hillary Clinton for the White House, has even creepier habits than we previously thought.

According to Secret Service expert and best selling author Ronald Kessler, Biden likes to skinny dip in front of female Secret Service agents assigned to protect him. Naturally, they find this offensive.

"Talk about a war on women. Biden likes to swim nude both at his Vice President's residence in Washington and also at his home in Wilmington which he goes back to several times a week, all at our expense. By the way, a million dollars in Air Force 2 expenses, and this offends female Secret Service agents," Kessler said to Fox News' Sean Hannity Thursday night. "You know, they signed up to take a bullet for the President as you said but they didn't sign up to...they certainly didn't sign up to see Biden naked. It is offensive, it's abusive."

Joe Biden isn't just "uncle Joe," he's the Vice President of the United States and a potential presidential nominee with a long history of creepy, gross behavior that shouldn't be tolerated or laughed at. Further, his creepy behavior is a reflection of his character, which should be taken seriously should be decide to run for President.