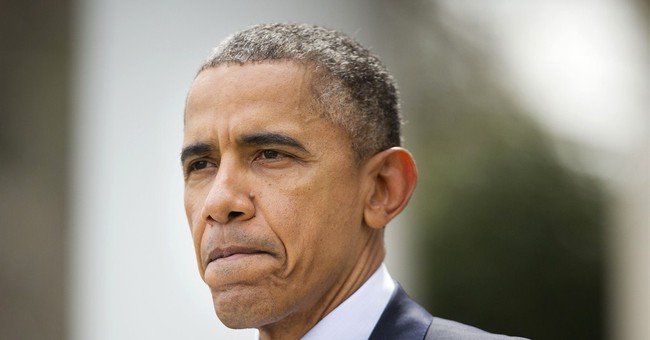 Back in February, U.S. District Court Judge Andrew Hanen of Texas issued a temporary injunction against the implementation of President Obama's executive action after 26 states sued against it. Hanen argued the executive action presented serious questions about the power of the executive branch and the burden of the action to the states that must be closely examined before moving forward. As a reminder:

U.S. District Judge Andrew Hanen of Texas has temporarily blocked President Obama's executive action on illegal immigration by granting a request from 26 states to allow the courts to look at its constitutionality before it is implemented. The lawsuit is being headed by Texas Governor Greg Abbott.


"This case examines complex issues relating to immigration which necessarily involve questions of federalism, separation of powers, and the ability and advisability, if any, of the Judiciary to hear and resolve such a dispute," the temporary injunction, which was issued late Monday night, states. "This temporary injunction enjoins the implementation of the DAPA program that awards legal presence and additional benefits to the four million or more individuals potentially covered by the DAPA Memorandum and to the three expansions/additions to the DACA program also contained in the same DAPA Memorandum. It does not enjoin or impair the Secretary's ability to marshal his assets or deploy the resources of the DHS. It does not enjoin the Secretary's ability to set priorities for the DHS. It does not enjoin the previously instituted 2012 DACA program except for the expansions created in the November 20, 2014 DAPA Memorandum."


After Hanen issued the injunction, the Department of Justice went ahead and granted 100,000 illegal immigrants work permits through Obama's executive action anyway. This prompted Hanen to ask DOJ attorneys directly if President Obama could be trusted and said he was "made to look like an idiot" after DOJ made misleading claims about the implementation.

A federal judge pointedly asked Department of Justice lawyers Thursday if the court should still trust the Obama administration in light of false information it provided to the court.

But then, three weeks after Hanen issued his injunction stopping the DAPA program and DACA extension, DOJ notified Hanen that the Department of Homeland Security had issued over 100,000 three-year work permits under the new DACA guidelines.

Now two months later, Hanen has denied a request from the Justice Department to lift the temporary injunction. More from AP:

U.S. District Judge Andrew Hanen in Brownsville refused late Tuesday night to lift the preliminary injunction he granted on Feb. 16 at the request of 26 states that oppose Obama's action.

Hanen's latest ruling upholds the status quo — that the Obama administration is temporarily barred from implementing the policies that would allow as many as 5 million people in the U.S. illegally to remain.

The Justice Department had already appealed to a higher court, the 5th U.S. Circuit Court of Appeals in New Orleans, to lift Hanen's injunction. The appeals court was scheduled to hear arguments on whether the injunction should be lifted on April 17.

In his order Tuesday denying the government's request, Hanen said the government hasn't "shown any credible reason for why this Directive necessitates immediate implementation."

Texas Governor Greg Abbott, who is leading the lawsuit of 26 states against Obama's executive action, is calling Hanen's latest decision a victory.